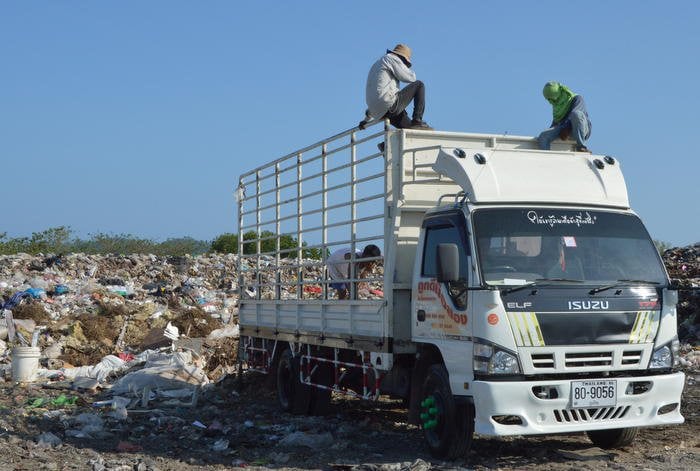 PHUKET: The already overwhelmed solid-waste incinerators operating at the Saphin Hin landfill site in Phuket Town will grind to a halt this month, adding thousands of tonnes of trash to the overflowing landfill.

Though three incinerators are located at the site, one has been out of commission since 2012 (story here), leaving the other two – with a total burning capacity of 700 tonnes a day – to struggle with the 729 tonnes produced per day on the island, said Phuket City Mayor Somjai Suwansupana yesterday.

“Because of this scheduling, there will be three days of overlap, during which we will be unable to burn any waste.”

PJT Technology was awarded the contract for working on the incinerators. The company was given 40 days to complete the task.

“We will continue to collect trash as normal, but will be forced to store it until we are able to start back-burning the landfill,” said Ms Somjai.

“We will receive the money in October and expect to have the project completed by April 2017,” said Gov Nisit.