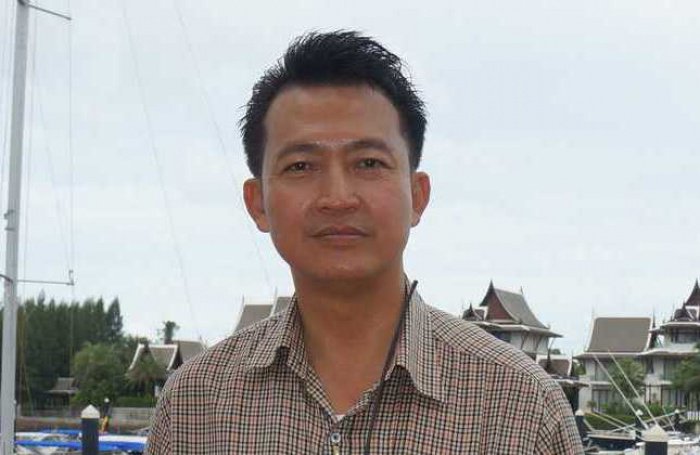 PHUKET: A 25-million-baht budget was approved for the Phuket International Airport pier project, which will allow tourists to take a ferry down the west coast to Patong, confirmed officials yesterday.

The budget for the ‘From The Boat to The Plane’ project, which was tabled in 2013 by Phuket Marine Office Chief Phuripat Theerakulpisut (story here), is set to cover the costs of the design and Environmental Impact Assessment (EIA).

“We want to help alleviate the traffic problem and offer tourists a better way of travelling by opening up a boat route,” Mr Phuripat said at the time.

Though the plan is moving ahead, the location of the pier has yet to be approved.

“The problem is that the chosen area belongs to the Phuket branch of the national air traffic control authority ‘Aerothai’ [Aeronautical Radio of Thailand]. We are in the process of requesting four rai of land in order to build the pier,” Mr Phuripat said. “We hope that the Ministry of Transport will approve the request soon.”

In January last year, officials had to squelch rumors that a 240-million-baht budget had already been approved for the project (story here).

Officials expect to have designs drawn up while the EIA is being approved, setting the construction start date for sometime in 2018.