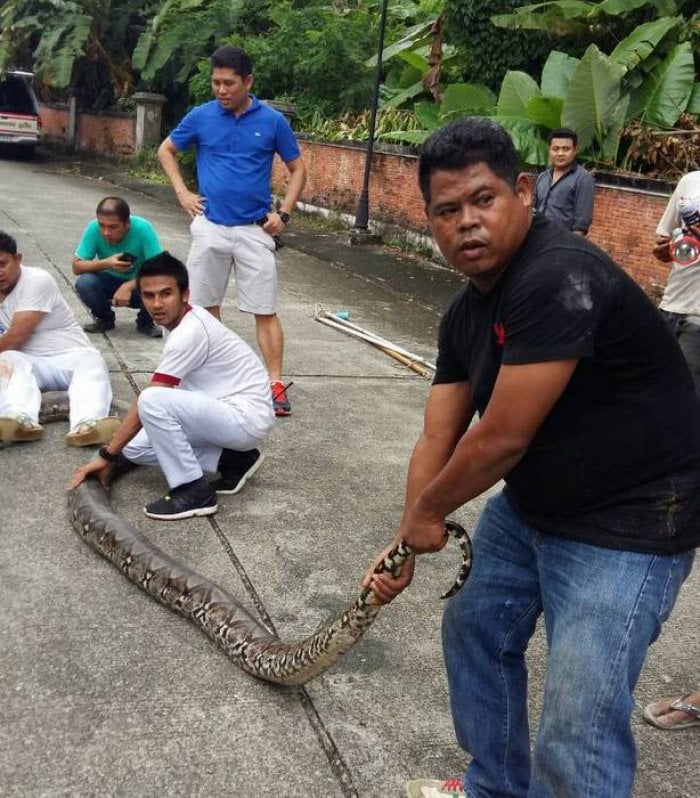 PHUKET: A monster python, six-meters long, was caught trying to beat the heat under a Samkong residence’s house this afternoon.

“The snake was found in the cool dirt under the house,” Watchara Srikacha, a Kusoldharm rescue worker, told the Phuket Gazette. “We suspect that it was looking for a safe place to avoid the sun.”

It took several rescue workers about 20 minutes to remove the 60-kilogram snake from under the house.

“At about 3pm, we received a call from a house owner in Thammarak Estate, who told us he saw a huge python hiding underneath his house,” Mr Watchara said.

The snake was released at the Khao Phra Thaew Wildlife Sanctuary in Thalang.

In December last year, a six-meter-long python, weighing about 80kg was found in Chalong (story here).