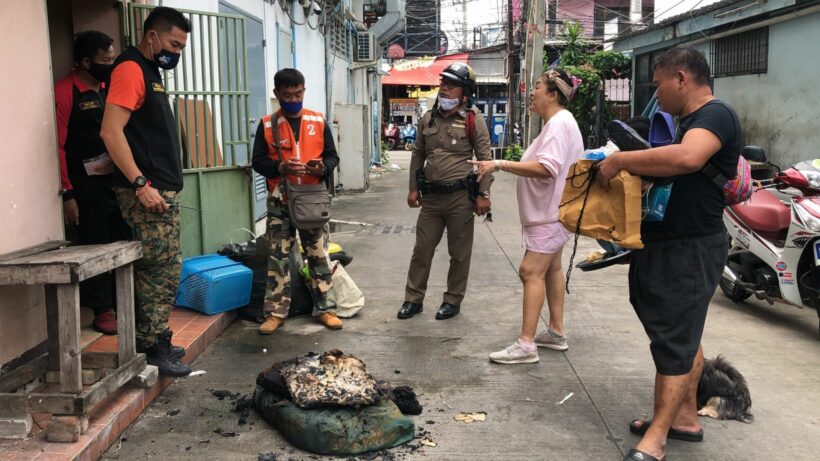 A Pattaya landlord is accusing an evicted tenant of arson after a beer bar housed in his building caught on fire late yesterday morning. Police and firefighters are continuing their investigation and did not comment on what they suspect caused the fire.

The building owner, 68 year old Chanathida Rasamussen, says the fire was out when he arrived at the scene, but smoke was still rolling out. He told Pattaya News that he doesn’t think it was an accident and is putting the blame on his former tenant who was evicted after going a year without paying rent.

“I believe that it was arson by the former beer bar operator who did not pay for the rent for one year before they were evicted. I believe they were angry and lit the fire.”