PHUKET: Police are hunting for a man who authorized a dog to drive his motorcycle last week, according to a report on news24.com. While the appearance of a dog driving a motorcycle without a helmet is not particularly unusual in Phuket, such is apparently not the case in Vietnam where a video gone viral has outraged the Hanoi traffic police.

The video shows a man with a dog driving a Honda Dream in evening rush hour traffic. The clip is reported to have had 83,000 views on one Facebook page alone.

If caught, the motorist would be fined up to $US320 (10,800 baht). He would also lose his driver’s license for two months and have his motorbike impounded for a week. Since he was not wearing a helmet, the man faces an additional fine of $US10 (335 baht).

The dog was also without a helmet and did not have a driver’s license. It is not yet known whether he or she will face charges. 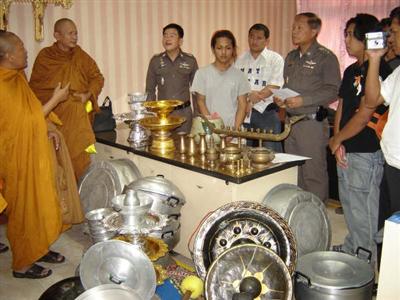