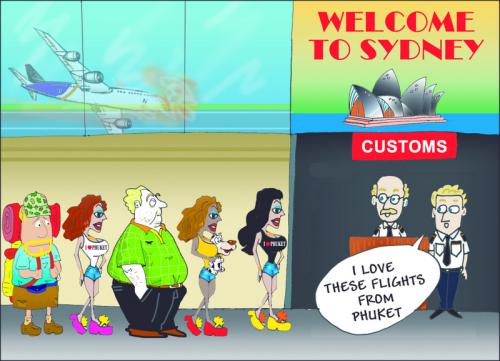 PHUKET: The emergence of Phuket as an important regional center for plastic surgery is great news for the local economy, but raises some important ethical concerns about elective surgeries in general.

Throughout history, people – especially women – have wanted to look their best. Until very recently, however, the only certain way to achieve this came, like everything worthwhile in life, through hard work: watching one’s diet, exercising and reducing exposure to solar radiation, to name just a few.

To a large degree, one’s physical attractiveness was predetermined by a set of factors over which one had little or no control.

Aphorisms that remain with us from the great thinkers of yore are rife with apprehension about beauty, which, like love, was often regarded as a fleeting condition fraught with danger for those who were “afflicted” by it.

Socrates described beauty as “a short-lived tyranny”, while Ralph Waldo Emerson observed that “beauty without grace is the hook without the bait”. Almost all described beauty as posing a real risk to long-term happiness, as well as personal and spiritual growth.

Fast forward to September 2013 and one is hard pressed to find people who use the word “grace” in its original sense: as something that trumps mere physical beauty.

In these days of New Millennium narcissism, when so many people seem to feel comfortable walking around in Superman t-shirts, we are bombarded with images meant to remind us that beauty is just another commodity that is available to us all, at a price.

While understanding that Phuket is well positioned to continue taking economic advantage of the global upsurge in cosmetic surgery, we hope that our local plastic surgery practitioners continue to keep ethical factors squarely in mind, warning prospective patients that all surgical procedures carry some inherent risks and that certain choices, such as attaching enormous synthetic hogans to small Asian frames, can cause crippling back pain and other chronic, debilitating injuries down the road.

Fortunately, there have thus far been few, if any, reports of medical malpractice or other complaints related to Phuket’s burgeoning cosmetic surgery industry. We hope that this remains the case because, for better or for worse, the trend in the willingness of people to go under the knife in search of beauty and sexual attractiveness seems likely to remain with us for many more years to come.