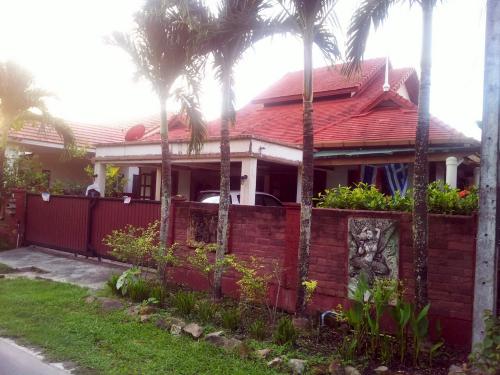 PHUKET: A distraught Greek was found lying in the middle of the road in front of a property that he claimed his girlfriend had cheated him out of, along with about two million baht.

When Konstantinos Vardas’s mid-road protest caused a traffic jam in the vicinity of Tha Reua Temple, Thalang Police and Kusoldham rescue workers were called to the scene.

“We found Mr Vardas, 56, in a distressed state. He was shouting something about wanting his property back,” said Capt Narong Muangduang of the Thalang Police.

“We used a translator to communicate with Mr Vardas for about one hour, and learned that he was certain that his girlfriend had cheated him out of both the property and about two million baht,” Capt Narong said.

After Mr Vardas regained his composure, police brought him to Thalang Police station to try to establish the facts of the case.

“My partner’s name is Kanwee Wanwijit. She is 50 years old, and we had lived together for three or four years. We bought a house at Phuket’s Baan Charoen Sook Estate to live together in,” Mr Vardas told the police.

“When I came back from my trip to the USA, I learned that the document of property ownership had been transferred. Moreover, about two million baht had gone missing from my bank account.

“Now I have no money to buy any food,” he said.

Mr Vardas was unable to find his partner to sort out the situation.

“I’m in a desperate state, and would like my embassy to help me,” he said.

The Tourist Police have been contacted with regards to the case, Capt Narong explained.