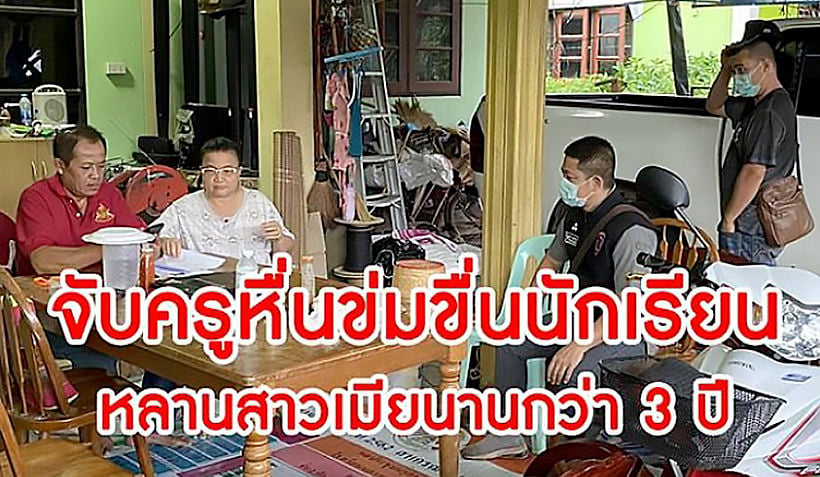 Police in Issan’s Nakhon Phanom province yesterday announced the arrest of a teacher for the alleged sexual abuse of his 13 year old niece, who lived with him and his wife. The 52 year old man was taken into custody at his house in the downtown district after a provincial court approved an arrest warrant on Thursday. His name and the school’s are being withheld.

The deputy chief of the city police says the man has denied the charge. He was taken to the provincial court where police requested to detain him further. It is the fourth case of alleged sexual abuse of minors involving teachers this month. Child rights activists are campaigning to protect students from rogue teachers.

The man’s wife teaches at the same school, and was reportedly shocked by the allegations.

The girl had already stayed with her uncle and aunt for 3 years while her parents worked in another province. Police say her parents thought it unusual that the suspect was in the girl’s room when they spoke to her by video recently.

They decided to bring her to stay with them. The girl later confessed that she had been sexually abused. The parents registered a complaint with Nakhon Phanom police on May 18. Police investigated and after a medical examination and decided to press charges