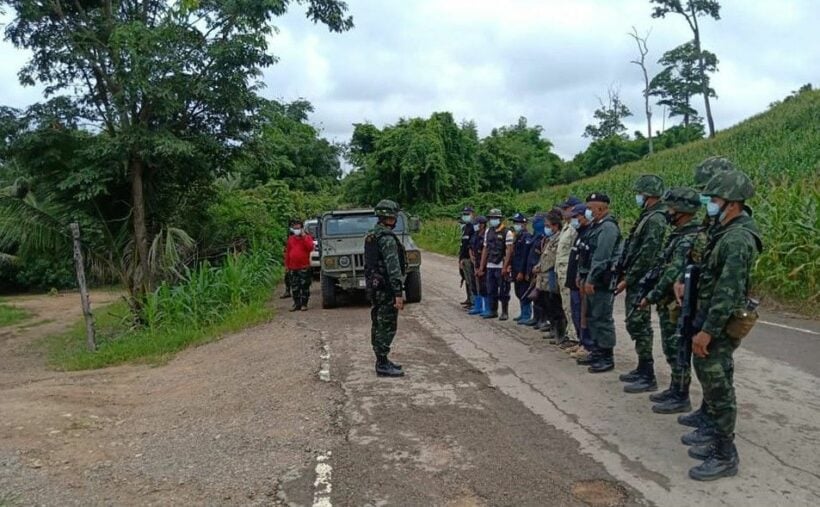 The northern province of Tak has stepped up security along the Myanmar border amid concerns about Covid-19 numbers in the neighbouring country. The move comes as 2 schools in the western province of Prachuap Khiri Khan have had to temporarily close due to a number of students reporting a fever and the revelation that they had crossed the Thai-Myanmar border with their parents.

The Thai government is becoming increasingly concerned about illegal immigrants crossing the border, bypassing all Covid checks, including the mandatory 14-day quarantine. A number of trucks have been seen driving to and from the border in recent weeks, sparking suspicion that migrant workers are being illegally smuggled into the Kingdom.

Myanmar has recorded a total of 919 cases and, over the past 2 weeks, has seen a surge, mostly in the western Rhakine state, of between 30 – 100 cases each day. Low, by most standards but high in a region which has had a low number of total Covid-19 cases.

Officials in Tak are working with their Burmese counterparts to ramp up border security, as confirmed by a post on the province’s public relations Facebook page. Photos shared on social media show additional troops and police officers being deployed along all sections of the border with the northern province.

The neighbouring province of Mae Hong Son has completely shut its border with Myanmar after the country’s Covid-19 cases shot up from 107 to 919. Following a public health meeting with Mae Hong Son Governor, Suwapong Kittipatpiboon, the decision was taken to close the province’s 5 borders, with the exception of cargo transports.