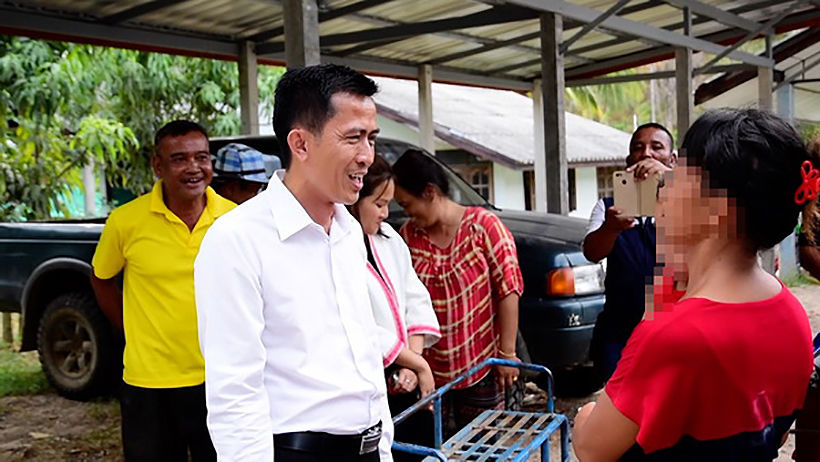 Concerned provincial officials have visited a village in Khon Kaen, north-east Thailand, after a woman posted on Facebook live threatening to kill her one year old child.

41 year old Suphaporn Prab-arin, threatened to strangle the child with a belt then hang herself. During the video the baby was crying in a hammock nearby.

After the story was widely shared on Thai social media district chief of Phu Pha Man Chinkorn Kaenkhong and other officials and police went to the village to investigate. When they arrived they found the mother intoxicated.

She claimed that she posted the rant to get her Russian husband to send her money for the baby’s milk.

The mother told officials that she had been married three times and had four children as a result. Her latest husband was a Russian, Alexander, who she had lived with for a long time while working in Pattaya.

She said she didn’t intend to harm the child ‘Andrei’ but was “fed up” with not having enough money. She returned to her hometown three weeks ago. The officials accepted the explanation and passed the matter to the phu yai ban and the woman’s relatives. 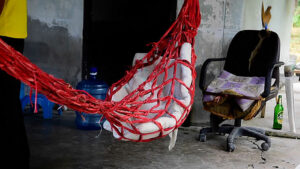 Relatives of ‘slapped’ student say they will file complaint