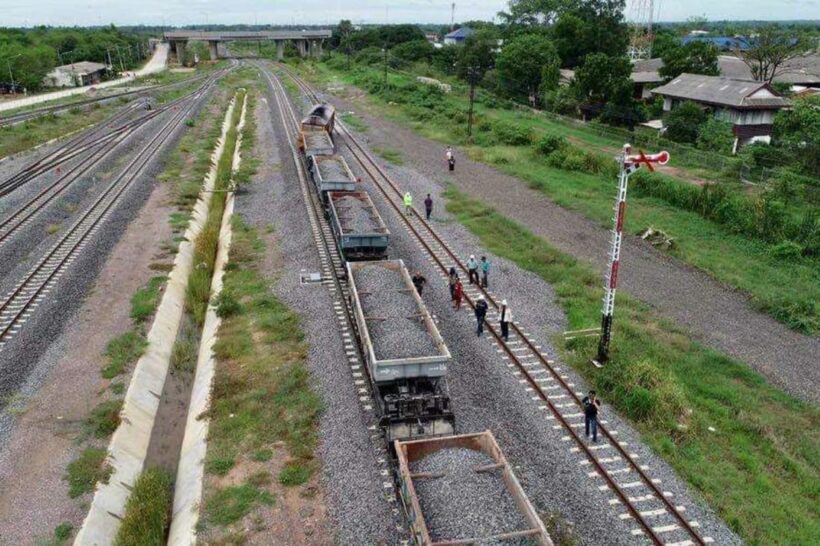 Trains running between Bangkok and Nong Khai (the north east province on the Laos border near Vientiane), had to be detoured this morning just after 6am after a freight train became derailed near Bua Yai junction station.

According to the Bangkok Post, the train was carrying gravel for use on the construction and maintenance of rail tracks, and blocked the train line when it came off the tracks. The derailment happened about 200 metres from the Bua Yai junction station.

Work gangs are still waiting for the arrival of a crane to hoist the carriages back on the rails and the train isstill blocking the Bua Yai-Lam Narai-Kaeng Khoi track this evening.

Waiting passengers that were stranded at the Bua Yai junction station were taken by bus to a nearby level crossing where they could board their trains.