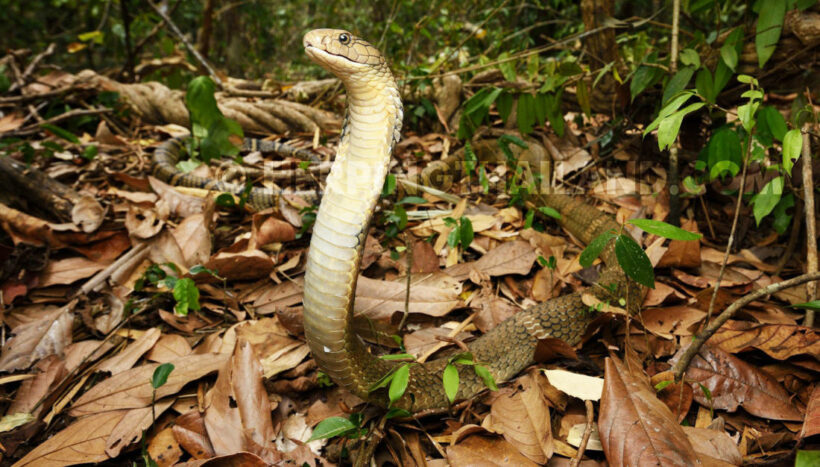 Villagers in Isaan, north-east Thailand, got a bit of a surprise when a king cobra, measuring 4½ metres in length and weighing 6 kilos, turned up at a market in Korat.

Seeing the snake glide into the market area, residents contacted the local rescue team, who managed to successfully catch the intruder, who was curled up under one of the market stalls. 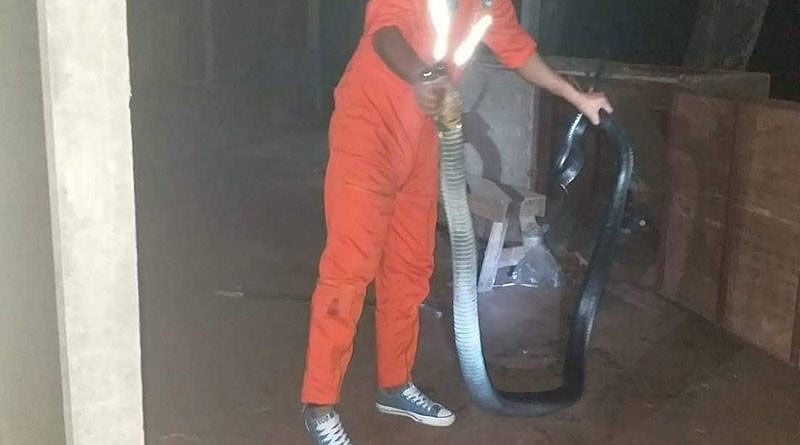 Thai Residents reports that this particular market is only held in that area once a year, so the snake may not have expected the amount of noise, people and bright lights that greeted its arrival.

It took rescuers over 20 minutes to catch the snake, who was fearful and trying to defend itself and escape. It is now being cared for at a research station before being released.

Experts says it’s important the snake is released in the right location to ensure its survival. A king cobra will normally have a hunting radius of no more than 4 kilometres, and if released too far from its familiar environment, the snake would most likely die.

“Richest man in Khon Kaen” in stand-off with police