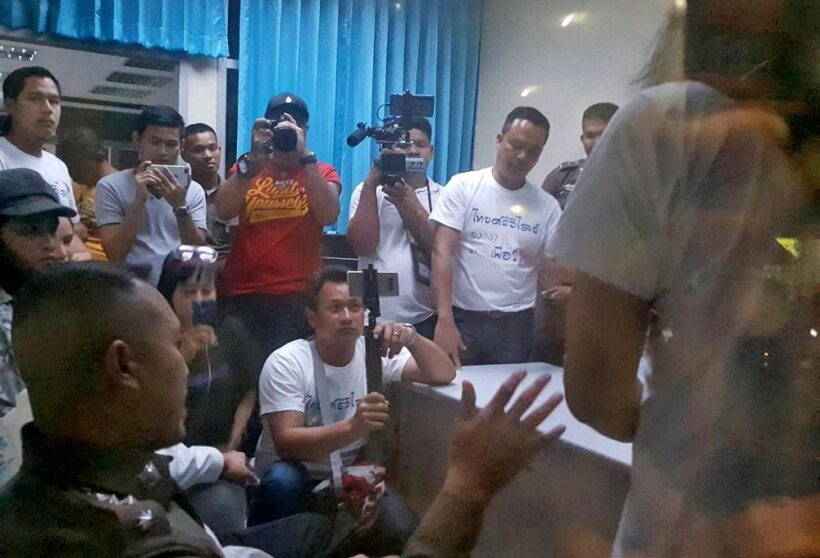 State agencies have become embroiled in a case in which an 11 year old schoolgirl (reported as 12 year old in yesterday’s news) is alleged to have been gang-raped by five teenagers last Sunday. The incident, that happened in Saraburi, has flared up after the girl’s father expressed concern that justice was not being served and that the accused had been allowed to go free.

The father says police initially failed to record the rape complaint and that a local politician even tried to negotiate on the suspects’ behalf to get the girl to drop her complaint. He then made inappropriate comments that was caught on video with his comments clearly audible.

As social workers prepared to help the traumatised girl yesterday, her 30 year old father posted another video clip, claiming there had been more than one victim on Sunday night.

In the father’s latest comments, he claims that a 16 year old girl had asked his daughter to chaperone her while she went out with her boyfriend.

According to The Nation, the 16 year old teenager had earlier been falsely accused of being a decoy for the attack, but she said seven youths committed the rape while two others witnessed it, but did nothing.

The father produced a video of an interview with the older girl, in which she denied being a decoy and said she herself had also been raped by three teens on the same evening.

Provincial Police Region 1 deputy chief Pol Maj-General Thanayut Wutthicharasthamrong has ordered an inquiry to establish if local police had assisted the suspects. Thanayut visited the scene, a grocery shop on Pichai Ronnarongsongkhram Road opposite Sara Buri Vocational College, but it was locked as the owner was away.

He said the victim and her parents had been sent to the provincial attorney’s office to be interviewed by female police officers. Meanwhile, the Crime Suppression Division (CSD) said it was on standby in case Saraburi police were deemed to be dragging their feet.

CSD chief Pol Maj-General Jirapop Phuridech assigned a team led by Pol Colonel Arun Wachirasrisukanya, and said it was ready to take over the probe if the victim’s family feared that justice was not being served. However, Arun said he was satisfied that local police had acted according to the book, so the CSD would let local officers continue with the case.

Sangwan is the man alleged to have stepped in to question the victim, tried to settle the case by way of compensation to aid the suspects, and made an inappropriate comment.

In the clip, posted online, a man, identified later as Sangwan, is heard saying… “Tell me honestly what they did to you. Did you orgasm?”

“Let’s talk first about what we can do. She’s kind of a slut.”

The case has attracted huge attention on social media after the victim’s father, a tattoo artist, posted on his Facebook page a claim that a local administrator, who he said was a relative of one of the suspects, had intervened and offered 10,000-30,000 baht from each boy as settlement money.

The father also posted two video clips, one of which showed the local administrator questioning the victim in front of the suspects and relatives while another showed her father assaulting some of the suspects, a suspect’s father and the administrator.

The assaulted suspects’ parents later filed an assault complaint against the victim’s father. On Tuesday, the victim’s mother vowed to pursue the rape complaint and bring those responsible to justice. The girl’s grandmother said the victim, who claimed she had also received threats of assault from the attackers while she was being raped if she told anyone what had happened, was now stressed and ill, suffering from fever and dizzy spells. 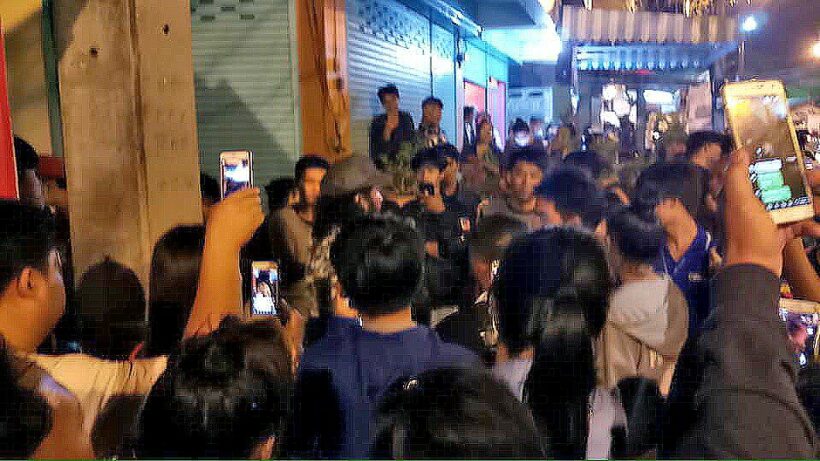