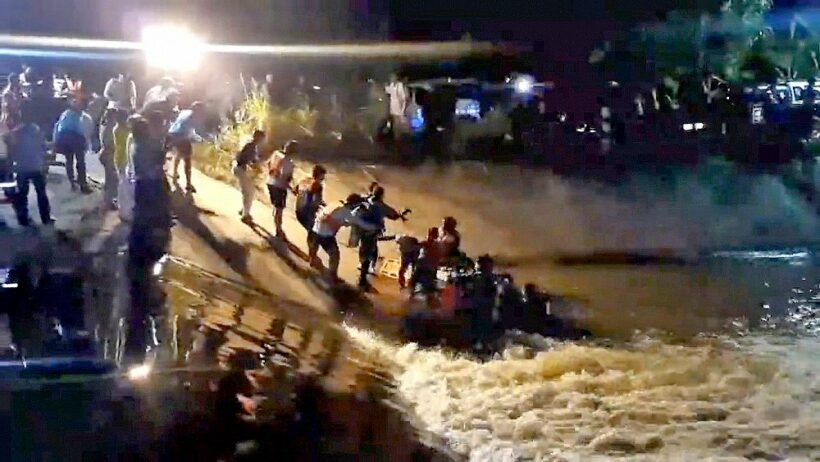 Two schoolchildren have died after trying to save another friend from drowning in the Chaiyaphum province, central Thailand, on Saturday.

Seven lower-secondary students visited a local check dam in Tambon Nong Pai in Kaeng Khro district  when one girl, riding a motorcyle, fell into the water along with her two-wheeler.

The friends jumped into the water, despite the strong currents, to rescue her and succeeded in pulling her to safety. But two of the friends – a 13 year old girl and a 15 year old boy – drowned.

The accident happened at 3.30pm. Rescue workers managed to pull the two bodies out of the water at around 10pm Saturday night.

The incident prompted district chief Chaiyasith Chaisamritpol, who observed the mission, to warn parents that they must not let their children visit or play at water facilities unsupervised during the rainy season due to the surging water and strong currents. He also instructed community leaders to install warning signs at all local check dams and recreational water facilities to prevent future tragedies.