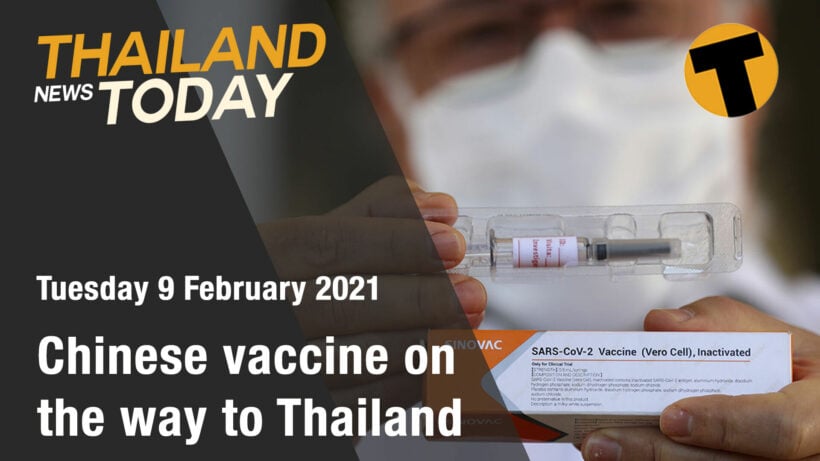 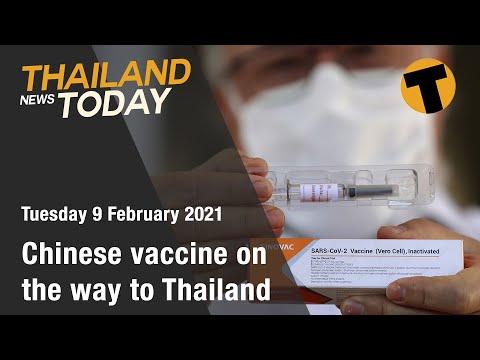 The Criminal Court has rejected a bid by the Ministry of Digital Economy and Society to remove a piece of online footage that criticises the government’s Covid-19 vaccine rollout, or more precisely the lack of a Covid-19 vaccine roll out. The former leader of the Future Forward Party, Thanathorn, took to Facebook to live stream his thoughts on the government’s handling of the national vaccination programme, criticising officials for procurement decisions and referencing the Thai Monarchy.

Thai firm Siam Bioscience, owned by the Crown Property Bureau, has been given sole rights to manufacture the AstraZeneca/Oxford University vaccine in the Kingdom. Production is expected to begin in mid-2021. But the government had attempted to use the country’s strict lèse majesté law as grounds to remove Thanathorn’s footage and silence the opposition political voice.

However, in its ruling, the court says most of Thananthorn’s criticism was directed at the government’s handling of the vaccine rollout, with little mention of Siam Bioscience. As such, the video could not be considered a violation of the lèse majesté laws or a threat to national security. The finding comes following Thananthorn’s appeal of an earlier ruling that saw the livestream removed from Facebook. The opposition politician has come under fire from staunch royalists, who accuse him of dragging the Monarchy into the debate on Thailand’s vaccine policies and actions.

Not that it’s going to much current comfort to the local hotels and tourist industry right now, but the Thai capital, Bangkok, and the southern island of Phuket have come in at number 8 and number 14 respectively, in TripAdvisor’s Travellers’ Choice Awards 2021. The awards list the most popular worldwide destinations prior to the Covid-19 pandemic and the places people most want to return to once travel opens up again.

According to a press release from the Tourism Authority of Thailand, the awards look at the quality and quantity of reviews and ratings on TripAdvisor, when determining who makes the grade. Reviews of accommodation, restaurants, and attractions are all taken into consideration.

For the 2021 awards, TripAdvisor looked at reviews and ratings from December 1, 2019 to November 30, 2020. As well as looking at where people travelled to while they still could, the awards also take into consideration the places people dreamed of visiting while the pandemic prevented them from doing so.

Bangkok still remains popular, combining the modern with the historic, with improved public transport networks. A new extension to the Blue Line underground takes passengers to Rattanakosin Island, home to the Grand Palace and Wat Pho, while the capital also boasts an increasing number of Michelin-starred restaurants in addition to its famous street food.

Meanwhile, Phuket’s beaches remain a draw for many international tourists who dream of returning. The awards point out that the island has over 30 sandy beaches to choose from, with a huge selection of hotels and other accommodation providers. The island’s tourism industry has been decimated by the ongoing pandemic, but it seems travellers still have the island in their sights once travel re-opens.

The Acting Chinese Ambassador to Thailand has confirmed that vaccine manufacturer Sinovac Biotech is ready to export its Covid-19 jab to Thailand. Speaking to the PM today, the manufacturer confirmed the vaccine has been approved for export to the Kingdom. But the exact date when Thailand can expect to receive the vaccine has not been confirmed, but the media release did say… “as soon as possible”.

The Thai government has come in for criticism from some corners for being slow to roll out a national vaccination program. In neighbouring Indonesia, the national vaccine rollout began in January, while in Singapore, the first vaccinations were administered at the end of December.

During his call with the manufacturer, the PM confirmed Thailand’s commitment to a national vaccine rollout in which at least half the population will be vaccinated. The government has already ordered 2 million doses of the Sinovac Biotech vaccine, along with 26 million doses of the AstraZeneca vaccine and a further 35 million doses reserved.

In Neighbouring Myanmar, anti-coup protesters continue to defy warnings from the country’s generals and are into their fourth straight day of demonstrations. All this while the military, now back in control after a decade of pseudo-civilian government, imposed bans on gatherings at key sites.

Coup and army leader General Min Aung Hlaing made a televised speech last night to justify seizing power, accompanied by a statement from the military saying that clear action would soon be taken against the demonstrators.

Protests continued again today, especially around the largest city Yangon, including near the HQ of the National League for Democracy, the party of deposed leader Aung San Suu Kyi, who was arrested early last Monday during the coup.

In last night’s address the Burmese General insisted the seizure of power was justified because of “voter fraud”.

The NLD won last November’s national elections by a landslide, a huge landslide, but the military never accepted the legitimacy of the vote, only getting 7% of the votes cast.

The country’s Election Commission dismissed the grumbling of the generals just days before the February 1 coup. Myanmar is now under a 1 year State of Emergency.

Just to finish today’s news we’d like to acknowledge yesterday’s unpleasant anniversary…. Exactly one year since a Royal Thai Army soldier shot and killed 31 people and injured and 58… some of them still suffering their injuries from the incident.

The 32 year old gunman went on a rampage at his army camp before heading to the Korat Terminal 21 and shooting at civilians. He was eventually shot and killed at 9am the next morning.

After the shooting, the then-army chief Apirat Kongsompong vowed to reform the military’s business and “bring back transparency and accountability.” No such reforms appear to have happened.

3 men arrested for allegedly stealing more than 700,000 baht from an ATM machine