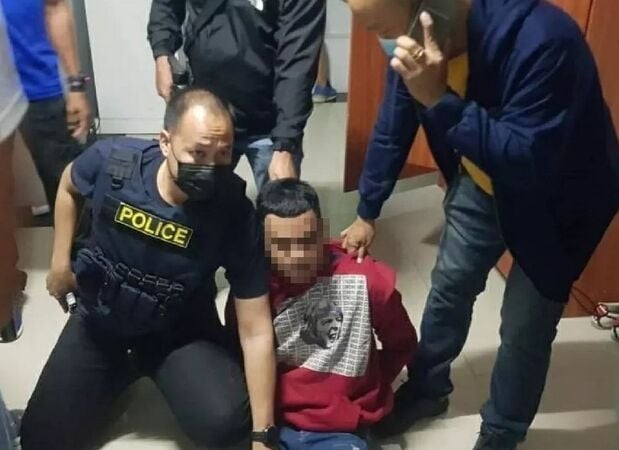 A 23 year old man was arrested for allegedly shooting and killing a police officer outside a petrol station station in Suphan Buri. The 53 year old police officer, who was wearing civilian clothes, had approached a group who were drinking outside the PTT station, telling them to turn down the music and advising them to go home, a witness says. While the officer was talking to the group, a man walked behind the officer and shot him in the neck, the witness says.

After reviewing surveillance camera footage in the area, police tracked down Sitthiphong Jasa-ard and arrested him at an apartment in the Chon Buri’s Sri Racha district. Police also seized a .38 handgun. Sitthiphong faces charges of murder, possession of an unregistered firearm and bringing a firearm to a public place without a proper reason.

Police say 3 other people at the scene turned themselves in to police.