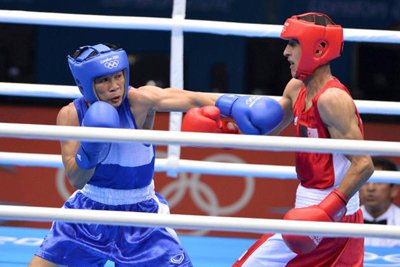 
British victim’s mother offers Bt493,000 for infomation
Phuket Gazette / The Nation
PHUKET: The mother of a British woman who was raped and murdered in Chiang Mai 12 years ago yesterday offered 10,000 British pounds (nearly 493,000 baht) to anyone who comes forward with information leading to an arrest in the case.

At a press conference yesterday with officials from the Department of Special Investigation, Susan Jones, the mother of victim Christy Sarah Jones, said she still felt a great loss in her life, especially with the murderer still being at large.

“I believe there must be someone with information [that could lead] to the arrest of the one who took our daughter’s life. As time goes by, one’s loyalty is supposed to change after certain connections are over, which results in lingering hesitation in the past being taken away, and later the information [could] lead to filling in the missing piece of the jigsaw,” she said.

Jones was found raped and strangled in her room at the Aree Guesthouse in Chiang Mai’s Muang District on August 10, 2000. Guesthouse owner Andrew Gill was arrested and prosecuted, but later acquitted when a DNA test showed his semen did not match that found on the victim’s body.

The DSI took over the case five years later, finding no clues despite DNA testing of 22 other suspects, including many incarcerated sex offenders.

The semen found on the victim’s body was also tested in the UK, where experts determined it belonged to a man of South Asian origin.

He said the reward would be helpful in encouraging anyone with knowledge in the case or of the offender to come forward. Eight years remain before the case lapses under the statute of limitations.

Susan Jones appeared at yesterday’s conference with John Andrews, a senior investigator from the Dyfed Powys police in Wales.

Andrews expressed hope of securing information from someone with knowledge of the case, and vowed to support the DSI in working on the murder. He said the reward money would be helpful in encouraging witnesses to come forward.

Drunk-driving law tightened
Phuket Gazette / The Nation
PHUKET: Occupants of vehicles of any kind who drink alcohol during travel are now subject to six months imprisonment and/or a 60,000 baht fine, the Office of Alcoholic Beverages announced yesterday.

The penalties will also be imposed on drinkers in vehicles parked on sidewalks or shoulders of public roads, including sois, regardless of whether the vehicles are moving, OAB director Samarn Footrakool said.

Passengers of rail-based transport who drink are not subject to the penalties, which took effect on Wednesday. Drinking occupants and drivers will be equally liable for such violations. “The only exceptions under this law are occupants of vehicles parked in front of their homes,” he said.

Stop Drink Foundation director Theera Watcharapranee said the law would be helpful in reducing road accident casualties associated with drunk driving, but a limit or restriction on sales of alcohol during long holiday breaks would be more supportive of the law. New restrictions on consumption and sale of alcohol in factories will take effect 90 days from Monday’s endorsement of a separate law.


Late-bloomer Kaew last Thai hope for gold
Phuket Gazette / The Nation
PHUKET: Thailand’s hopes of an elusive gold medal at the London Olympic Games boil down to boxing yet again, with veteran light flyweight Kaew Pongprayoon carrying the whole country’s expectations when he steps into the ring in the semi-final bout against third seed David Ayrapetyan of Russia today.

The Kingdom fielded 37 athletes in 16 disciplines in the world’s biggest sporting event, held for the third time in the British capital, more than any other city. After 13 days of competition, Thailand has so far managed to claim only a silver and a bronze medal – in weightlifting and taekwondo respectively – a far cry from the haul it achieved at the previous Games in Beijing, where they earned four medals, two of them gold.

The 32-year-old Kaew is the last remaining Thai representative in London with a chance of salvaging the country’s pride with an Olympic gold medal, while at the same time marking his first and possibly last appearance in the Games.

There is nothing new about Thai success in the Olympic boxing competition: the country has been able to clinch at least a bronze from the sport in every Olympics since 1976, with the exception of 1980 when the Kingdom boycotted the event in Moscow. This remarkable run of results became especially impressive in 1996, with Thai boxers having managed to win gold at each Olympics since Somluck Kamsing’s groundbreaking success in Atlanta.

However, hopes have not been high this time, as only three Thai fighters traveled to London, the smallest Thai boxing team for years to compete in an Olympics, and none of those was a distinct medal prospect.

He showed that determination in his quarter-final bout against Aleksandar Aleksandrov of Bulgaria, producing a solid display to claim an impressive 16-10 win and at least a bronze. With only the Russian standing between him and the gold-medal fight, Kaew said he has nothing to lose.