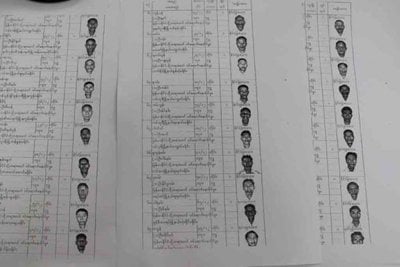 PHUKET: For the first time since their arrests on July 4, almost all of the 92 Thais detained in Myanmar were given a chance to meet with their relatives yesterday.

The visit was arranged via the Thai authorities. The 92 detainees have been given three and a half year jail terms for illegally entering Myanmar and encroaching on its forests.

86 people related to the prisoners were escorted to Myanmar yesterday. When asked what he would do as soon as he arrived, Prachob Priklek, one of the relatives, said: “I think I will hug them and then cry.”

Prachob was carrying a bag full of food, clothes and other basic necessities, which he was planning to distribute among his relatives. He said that since two members of his family had been arrested in Myanmar, he could hardly concentrate on his work.

“I am worried about them. I hope they get pardoned,” the Nakhon Si Thammarat native said.

Colonel Pornsak Poonsawas, who heads the Thailand-Myanmar Township Border Committee for Ranong Koh Song, said that the government and the Foreign Ministry were making arrangements to request a pardon.

“Now, thanks to help from Myanmar authorities, we have got lawyers for the Thai inmates,” Pornsak said, before leading the relatives to the Ban Kao Mile Prison in Myanmar’s Koh Song (Kawthaung) province.

He had visited the detainees once before on Wednesday.

Pornpun Pupiangjai from the Thai Embassy in Myanmar said some of the detainees were suffering from allergies, flu and diabetes.

“Myanmar authorities have already provided some treatment, but we will ask the Ranong Hospital in Thailand to provide additional medication,” Pornpun said.

The relatives were allowed visit from 9am to 1pm yesterday.