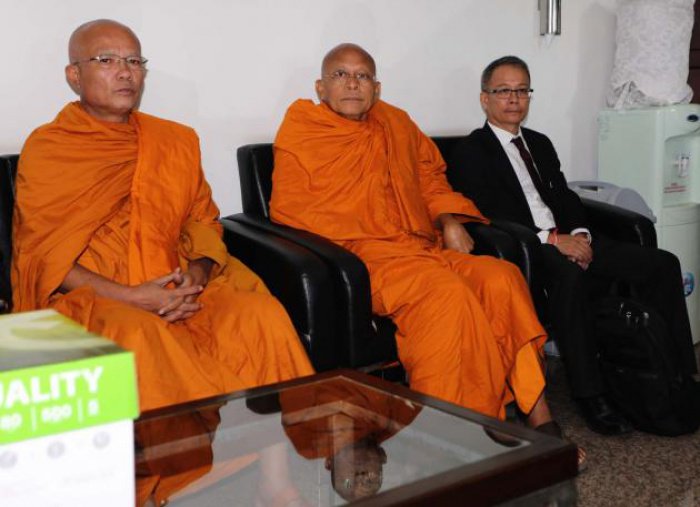 PHUKET: Former deputy prime minister Suthep Thaugsuban yesterday gave the National Anti-Corruption Commission (NACC) video clips and pictures of the “men in black” while testifying in the case in which he is accused of malfeasance in the deadly 2010 crackdown on red-shirt protesters.

After three hours of testimony, Mr Suthep said he presented the NACC with clips and pictures he got from the press and social media to show that the crackdown turned violent because there were armed men mingling among the protesters.

“I clearly showed the NACC what the men in black looked like, and what weapons they used, because this happened long ago and they may have forgotten what a nightmare Bangkok people had during those days,” he said.

Mr Suthep said the clashes outside National Stadium and in Ratcha-prarob and Rama IV areas were caused by “men in black” who had been trained in using heavy weapons and knew about fighting strategies.

He insisted that he changed tactics on overseeing the incident according to the changing situation. For instance, on April 10, officials failed to disperse protesters because the men in black attacked the officials, causing casualties.

From May 13-18, he ordered that tactics be changed by setting up checkpoints to prevent more people from joining the protesters and blocking them from moving arms into the protest sites. Later M75 grenades were fired into a Skytrain station, killing officials and innocent people, he said.

He said that before April 10, 2010, security officials used rubber bullets, but after they were attacked by heavy weapons they used real bullets to protect themselves and innocents from the so-called men in black.