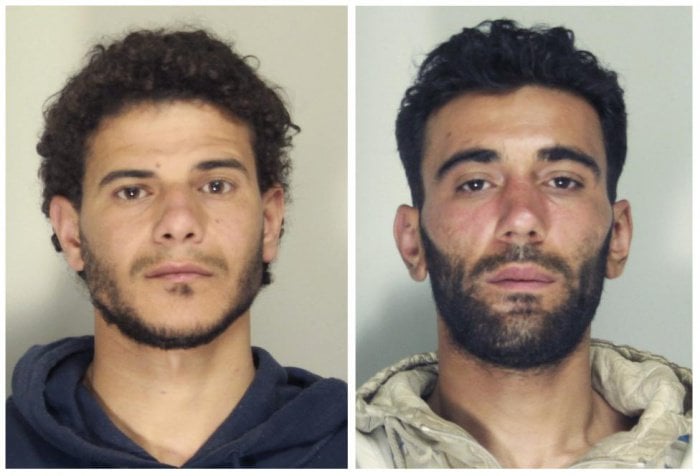 PHUKET: Italian prosecutors blamed the captain of a grossly overloaded fishing boat for a collision which capsized and sank his vessel off Libya, drowning hundreds of migrants including many women and children locked below deck.

The few survivors of Sunday’s tragedy told investigators how the African and Bangladeshi migrants, among hundreds of thousands trying to escape war and poverty, had waited up to a month in Libya before the boat set sail for Europe. One said he had suffered a beating at the hands of people traffickers.

The heavy loss of life among the migrants, who paid hundreds of dollars in the hope of getting over the Mediterranean, has put heavy pressure on European leaders to respond effectively to a dramatic rise in deaths among people attempting the crossing.

Only 28 survivors have been brought to Italy from the hundreds of people on board the fishing boat. Police have quoted them as giving death tolls ranging from 400 to 950 in what appears to have been the worst disaster ever among migrants fleeing by sea to Europe from north Africa.

Italian police arrested a 27-year-old Tunisian, named as Mohammed Ali Malek, who is believed to have been the captain of the ship. He may be charged with multiple homicide, as well as people smuggling and causing a shipwreck.

His lawyer, Massimo Ferrante, said he had spoken very briefly to Malek but language difficulties limited their contact. Ferrante added that he expected a fuller discussion of the case before a judge begins questioning witnesses on Friday to decide whether to file charges.

Prosecutors say that with his boat already in serious difficulty, the captain attempted to come up to a Portuguese merchant vessel that had approached to give aid and collided with the much larger ship.

The prosecutors’ office in the Sicilian coastal city of Catania said no blame was attached to the Portuguese vessel.

As well as the captain, Catania prosecutors also arrested Mahmud Bikhit, a 25-year-old Syrian believed to have been his main assistant, who is accused of people smuggling offences.

Already a grim picture has begun to emerge of the conditions during the voyage, in which hundreds of men, women and children were held in the hold of the 20-metre-long fishing boat for more than 48 hours before the disaster.

So few survived because most of those on board, including an estimated 200 women and around 50 children, had been locked in the hold and lower decks of the three-deck vessel, said Giovanni Salvi, chief prosecutor in Catania.

That has also made it impossible to reach the bodies so far and verify the toll, although investigators may try to recover the wreck.

Prosecutors say survivors have told them they paid between 500-1,000 Libyan dinars ($420-$840) for the voyage and were kept in an agricultural building near Tripoli for as long as a month before the boat set out on Thursday evening.

They were taken by truck in groups of 30 to the embarkation point and one man said he was beaten when he left his group to answer a call of nature.

French President Francois Hollande compared the migrant traffickers with “terrorists” and said EU leaders meeting in an emergency summit on Thursday would have to act decisively.

Nearly 1,800 would-be migrants have drowned this year, compared with fewer than 100 by the end of April last year – a period when a similar number attempted the crossing. An expected rise in numbers in the late spring and summer months has added to the urgency.

The cancellation last year of Italy’s “Mare Nostrum” search-and-rescue operation, over cost pressures and criticism that rescuing migrants lures more to cross, has failed to solve the crisis. The policy, still backed by some European Union countries, appears to have made the voyage deadlier without reducing the numbers attempting it.

The EU proposed on Monday doubling the size of its small naval mission in the area, which replaced the far larger Italian operation but which has been criticized as wholly inadequate.

The Italian coast guard said 638 migrants were rescued from rubber dinghies on Monday in six operations and a further 112 on Tuesday. Merchant ships and coast guard patrol boats also helped a fishing boat carrying migrants about 80 miles off the southeastern coast of Calabria, in mainland Italy. All 446 aboard were rescued.

Lawlessness in Libya, where most of the migrant boats originate, has made it difficult to stop traffickers packing thousands of people into unsafe fishing boats and dinghies that have proved to be deathtraps.

Sunday’s disaster, while greater in scale, followed a similar pattern to other recent losses in which overloaded vessels have capsized, often when desperate passengers have rushed to one side of the boats.

Under Italian law, prosecutors outline the charges they believe a defendant should face before the defendant is formally charged by a judge.