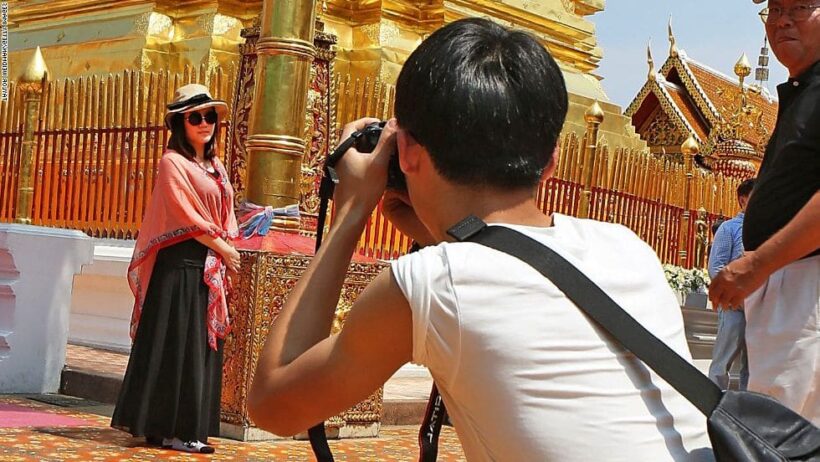 The fallout from a number of tragedies and bad PR has mobilised the Thai government to take firm steps towards luring back the Chinese travellers who have been looking elsewhere, other than Thailand, for their chosen holiday breaks.

The Nation is reporting that Deputy PM Somkid Jatusripitak has said today that he may have to hold talks with the Chinese government in Beijing to explore ways to boost the number of Chinese tourists back to the kingdom.

He says the number of Chinese tourists in September plunged by 14.80 per cent compared to the same month last year and the Thai government must find ways to improve the number of visitors.

In Chiang Mai, a crisis meeting for tour operators was held on tuesday night where hotel owners and tour group operators learned that Chinese tourism was down 50% in the first nine months of 2018, compared to last year.

Some measures were put forward at the Chiang Mai meeting to woo them back, including setting up Chinese language classes to improve communication with the tourists from China.

Deputy PM Somkid says Chinese tourists are a major group of foreign tourists for Thailand and he has instructed the Tourism Authority of Thailand to work with the Thai Airways International to come up with promotional packages for Chinese tourists for the final two months this year (reading between the lines there could be some cheap tickets coming up for flights to Chinese destination in November and December).

Somkid said THAI has also been instructed to hold talks with China Southern Airlines on cooperation of flights to attract more Chinese tourists. The deputy prime minister added that he has also instructed the Foreign Ministry to consider granting Chinese tourists visas on arrival, lessening the paperwork and costs for travellers from China.

Wet season, not so wet – some dams are less than 60% full

No more coups, unless we need one – Commander in Chief