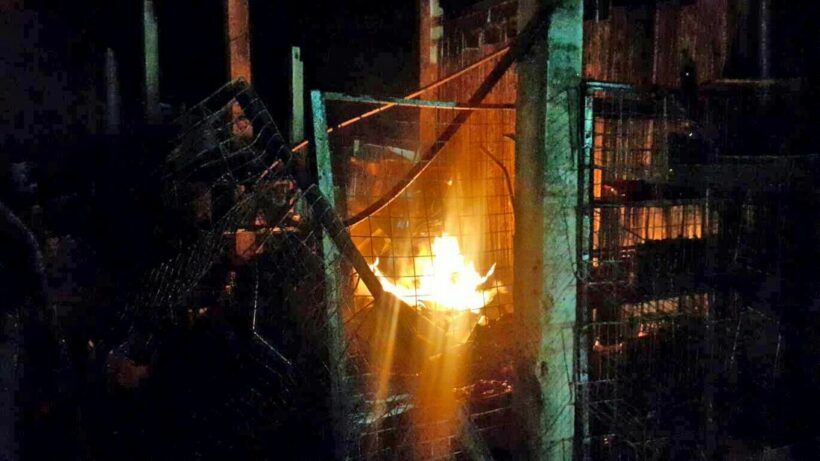 A market in Krabi City has been destroyed by fire early this morning. The damage costs are estimated at more than a million baht.

The Krabi City Police were notified of the fire on Uttarakit Road in Krabi City just after 2am.

Firefighters arrived with four fire engines to find shops were ablaze. It took about half an hour to control the fire. A house nearby has also damaged.

More than 20 gas cylinders have been taken away the area for testing following the blaze. Traffic near the scene has also been blocked for safety.

Forensic Police are continuing their investigation to find the cause of the big fire. Repairs and replacements are estimated to be cost more than  million baht.

Capt Teerayut Poerat of the Krabi City Police, who was on scene when the firemen were putting out the fire, says…  “While I was patrolling near Krabi bus station, I saw smoke and fire. Locals nearby were helping to put out the fire before we called firefighters.”