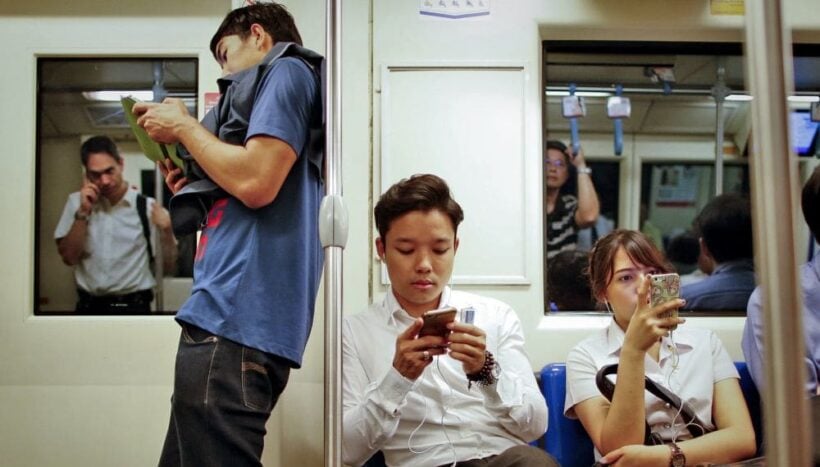 “Newspapers, once the beneficiary of political advertising, will now be side-lined in favor of targeted social media in the lead up to this year’s election.”

Your social media platforms are about to be filled with banter, arguments and lots of advertising. The topic? The forthcoming Thai election (when a date is eventually announced).

For the first time since the last general election in 2011, Thailand is witnessing the fast-growing power of social media platforms, especially among young voters. The use of social media is believed to be a key in shaping voter intentions in the lead up to the election. The party who leverages social media the best will emerge the winner in the forthcoming poll.

Mana Treelayapewat, Dean of the School of Communication Arts at the University of the Thai Chamber of Commerce, says political parties have been using social media much more to try and win votes due to the online platforms’ high penetration among the country’s 50 million+ voters.

For the upcoming election, The Nation reports that the number of first-time voters age 18 and up is estimated to be around seven million, and social media is their preferred means of communication.

Most social networks are being used to present the parties’ policies and activities and the details of MP candidates, Mana said.

“Voters will have to be on guard against the dissemination of content that’s subtly distorted to win votes. Traditional media outlets can also be misled by such inaccurate content, so they too must carefully vet it before publishing or re-broadcasting.”

Parties also use Twitter for quick and real-time communications with their base, while turning to Facebook for group communications and engagement. The Line platform can be used for both one-on-one and group communication. For controversial and viral video content, YouTube is used together with other platforms to spur social media interest.

“The role of micro-influencers is growing rapidly because they play a similar role to that previously done by party canvassers, especially with regard to discussing party policies,” said Chanut Kerdpradub, a social-media communication specialist.

Micro-influencers on the internet and mobile devices are also useful for reaching niche and special-interest groups, whose votes are crucial to election outcomes but are often hard to reach and activate before the vote.

Chanut said traditional media will see their role and influence decline in the coming election due to the rapid digitalisation of the Thai economy and society.

Newspapers, once influential and useful in creating opinion during an election run-up are now rendered irrelevant by the power, reach and immediacy of social media. Traditional big spending on printed media will now move to social and online platforms as political parties seek better targeted contact with their constituencies.

Read the rest of this article HERE.

Top 10 conditions where medical cannabis was prescribed in 2018