After police arrested a popular Thai OnlyFans creator a few days ago and subsequently warned the people of Thailand that posting explicit content on OnlyFans or similar sites is illegal in Thailand, the Royal Thai Police have issued an additional warning for a specific subset of adult content creators they intend to crack down on. The police threatened that they are seeking out those who use sexy police uniforms or similar in their content.

The Royal Thai Police call much of the content created on OnlyFans obscene and pornographic. The popular site where users can create pay per view accounts for their fans to purchase content such as workouts or cooking videos was quickly adopted as a convenient way to make and sell adult explicit materials for amateurs.

The site has gained massive popularity in Thailand despite pornography being illegal, as Covid-19 safety measures have closed all bars, clubs, and entertainment venues causing many bar girls and freelancers to move online to earn income. Authorities had seemed to mostly look the other way as these girls utilized the site to support themselves and their families.

But now the deputy spokesman for the Royal Thai Police issued a warning specifying that cosplay involving dressing in the uniform of the police, the Thai Army, or any other similar uniform violates Thai law and could cost those who don these costumes substantial fines and possibly jail time.

There have been reports in the past of bars being raided and staff being fined for dressing as sexy police officers or other related cosplay outfits, though it has been an infrequent occurrence. But authorities have been cracking down both on illegally open bars and online illegal content recently.

The deputy spokesman said that those who dress in these sexy versions of the uniforms on their OnlyFans account would be violating both the Police Act B.E. 2547 for impersonating an officer and the Computer Crime Act B.E. 2560 for posting the images online.

The Royal Thai Police say that they have found Thai accounts already that depicted girls dressed as sexy police officers and were already investigating them and wanted to warn the public that this is a crime.

MikeW
I am glad there is no crime in Thailand other than on onlyfans. This has to be the safest country in the world 😂

JohninDublin
8 hours ago, DiJoDavO said: The deputy spokesman said that those who dress in these sexy versions of the uniforms on their OnlyFans account would be violating both the Police Act B.E. 2547 for impersonating an officer and the Computer…

gummy
13 minutes ago, JohninDubin said: When I think about this, I wonder who can be so dumb in the RTP, that they don't realise that they are opening themselves up to such ridicule. So let me get this straight then?… 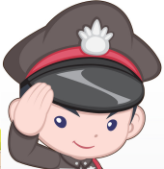 LATEENMAX
On 9/24/2021 at 11:43 AM, HolyCowCm said: Probably the best job in the house is the one who has to find these sites, and then watch over, and over, and over, and over and then review and then make the…
HolyCowCm
Just now, LATEENMAX said: The interrogation part even better. Is that when you are not asking for the brown envelope, but something more physical?