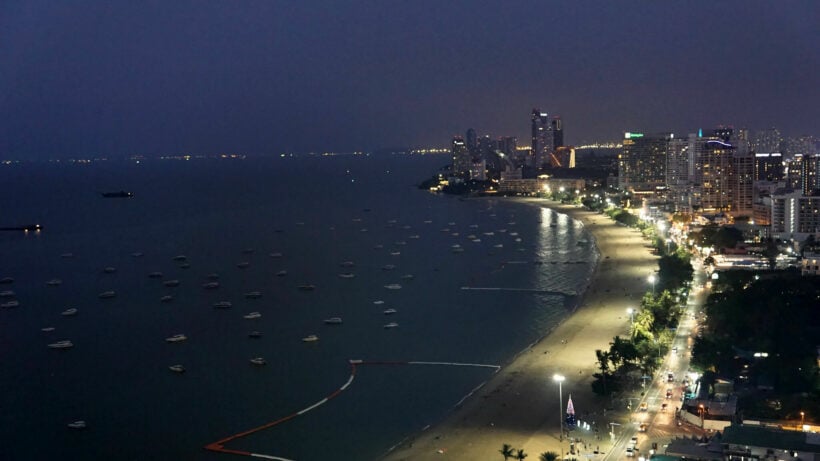 A man was arrested for allegedly beating a man to death at a house in Pattaya. The suspect claims he didn’t intend to kill the victim. When Nongprue police and local media got to the scene, they discovered the body of 44 year old Run Thongnak with bruises all over the face and body.

Run’s girlfriend, identified only as Namtip, told the police that her boyfriend was incredibly drunk and they were arguing. She claims Run was jealous of her ex-boyfriend. She says out of the blue, 25 year old Eakkasit Chinklang, attacked Run. It’s unclear if Eakkasit is a friend of the couple’s or not, but Namptop says he is not the ex-boyfriend they were arguing about.

Namptip and Eakkasit took Run to the hospital and Run later left the hospital, saying he was “fine” and that the doctors gave him paracetamol before sending him home, she says. The next morning, Namtip found Run dead.

“Yes, I attacked him as he refused to leave Namthip alone, but I didn’t mean to kill him. I even helped take him to the hospital. If I wanted to kill him why would I assist in bringing him for medical care?”

The police say they will continue to investigate the matter and add that Eakkasit has been fully cooperative. They concluded their statement by saying they haven’t decided if Eakkasit will be charged or what he would be charged with.

Rain
6 hours ago, gummy said: Not if the accused has enough money Or influential connections. Even more beneficial than the perceived wealth. In Thailand - who ya know.

Guest1
9 hours ago, Bluesofa said: Won't that be manslaughter? Yes, it won't, most likely at least! TiT

Guest1
btw: "Run later left the hospital, saying he was “fine” and that the doctors gave him paracetamol before sending him home, " Is anyone looking into the responsibilty of the hospital, here? Or is examinating the body/cause of death not part…

Soidog
15 hours ago, Bob20 said: Oh, he didn't mean it? That's alright then.. Yes. Oh ok mate, a mistake then. Can happen to anyone when you engage in beating up a defenceless drunk. Would you like a ride home. Fu*ks…

Soidog
8 hours ago, Yinn said: The police say they will continue to investigate the matter and add that Eakkasit has been fully cooperative. They concluded their statement by saying they haven’t decided if Eakkasit will be charged or what he…