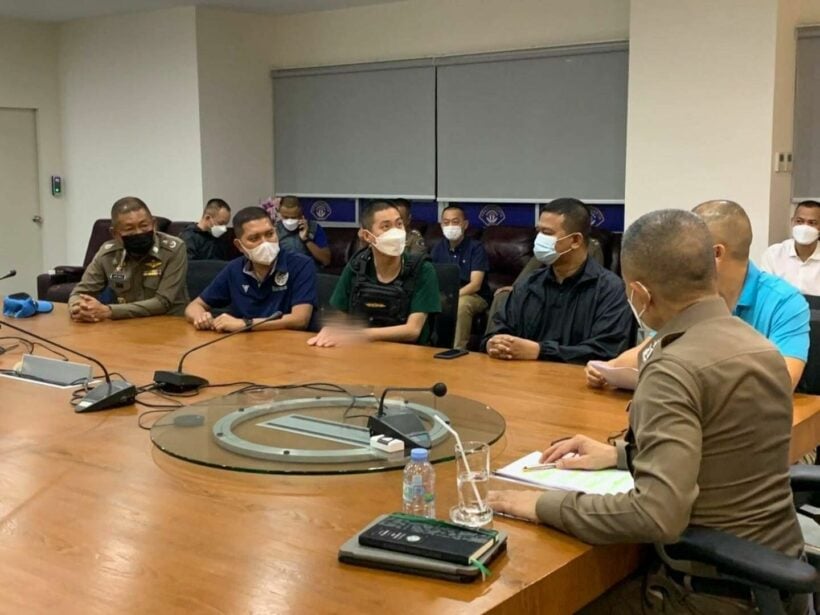 The head of a regional prosecutor’s office is claiming the now-ousted Nakhon Sawan district police superintendent intended to kill the drug suspect. Video footage of the interrogation early last month shows the suspect with a plastic bag over his head. A recently released autopsy report says the man died from suffocation, but police earlier wrote off the cause of death as a methamphetamine overdose.

Former station chief, Thitisan Utthanaphon, known as “Joe Ferrari” for his collection of luxury cars, is accused of demanding a 2 million baht bribe from two drug suspects before using plastic bags to suffocate the 24 year old man to death during an interrogation on August 5, according to complaints filed against the ex-cop. The other suspect was allegedly ordered to stay quiet in exchange for her freedom. Thitisan was fired on August 25 and arrested the following day.

Deputy chief of the Region 6 Public Prosecutor’s Office, Somphong Yenkaew, says the death was not an accident. He says that the prosecutor and investigation officers also agreed that Thitisan and the six other officers involved intended to kill the suspect.

Somphong says Thitisan claimed he was trying to get the suspect to reveal information. He says that reason is “inadmissible.”

“Please rest assured that the prosecutor will investigate this case carefully step by step, which should be completed in a timely manner.”

Fester
1 hour ago, DoUKnowWhoIAm said: A breathtaking amount🙄 Sicko..
Bobfran
Can anyone say where the deceased wife has ended up... Is she driving around in one of the accused Lambos.. or has she been weighed down by all the gold bars she has received..
Stonker
2 hours ago, Fluke said: This could part of a ploy to get him off . Charge him with murder and he could quite easily prove that murder wasnt the intention and he will get a not guilty verdict .…
Stonker
2 hours ago, Stardust said: But as I looked on that picture here twice his skinny arms and his body look like from a drug addict that is many years already on drugs. People on meth or other hard drugs loose the feeling of…

KaptainRob
4 hours ago, ADSYB said: Is there any audio on the footage of him demanding money?  That should seal his fate.  I don't believe for one second this was the first time he used this "interrogation technique"  He looked like an…