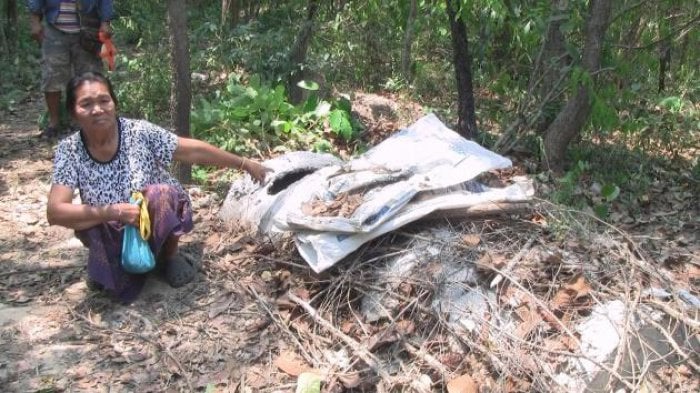 PHUKET: A monk in Udon Thani has been arrested for allegedly stealing a corpse from a local cemetery and chopping off the head of another corpse for black magic purposes.

The monk, based in Buri Ram, is in police detention pending questioning by a deputy national police chief. Quoting villagers, Col Nawara said the monk claimed he could provide winning lottery numbers using details from bodies of people who were murdered or killed in accidents. Hence, the villagers pointed out the two graves and later found the bodies missing.

The officer said the heads of a brother and sister, aged 9 and 8, who drowned recently were similarly cut off at a cemetery in Udon Thani’s Kumphawapi district. The parents had filed a police complaint and told the media about the abuse of their children’s corpses.

Anong Heebkaew, the mother of a gunshot victim whose body also went missing from his grave, said she was devastated. Another body whose head had been cut off was that of a woman who died during pregnancy.