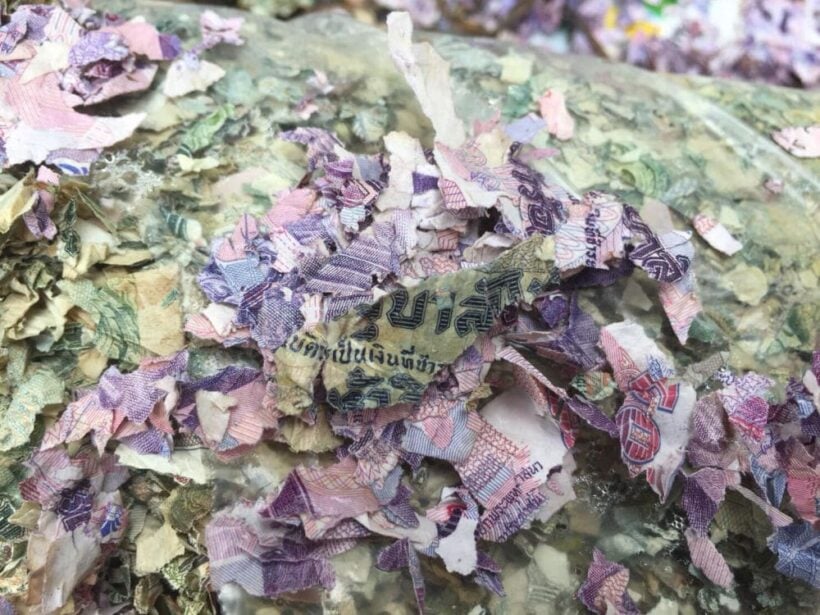 A large amount of the shredded banknotes, with denominations of 20, 50 and 500 baht, were found dumped on the roadside in Ban Khok Moo 5 of Tambon Nong Samet in Trat’s main city area yesterday.

They were taken to the Trat Finance Office to determine if they were authentic or fake. Residents had complained about someone disposing of toilet-cleaning liquids and they found both chemicals and the shredded banknotes, according to police.

(The Thaiger notes that the modern polymer Thai banknotes are difficult to rip and would be likely cut up, not ripped up, if someone was trying to dispose of them.) 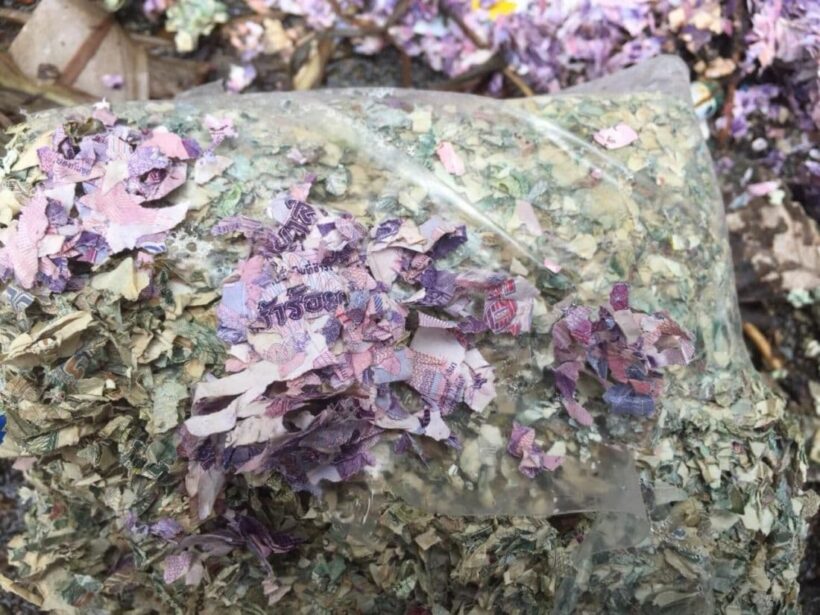 Overstaying Russian tries to change his Thai visa stamp with a pen, badly