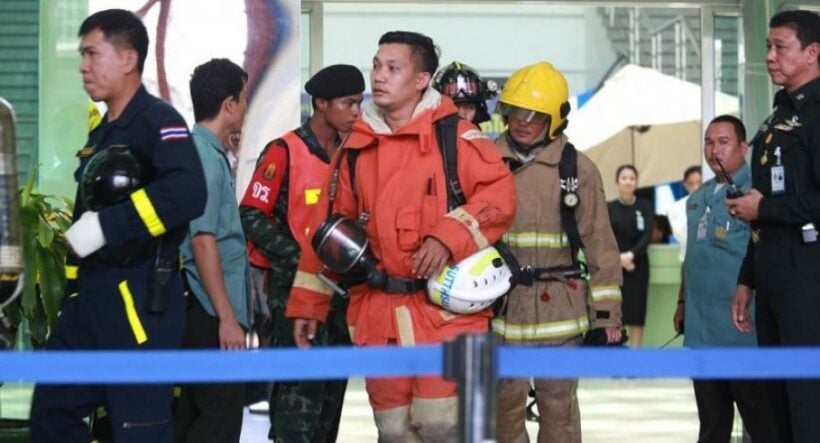 BANGKOK: Twenty five people were injured in a bomb blast at an Army hospital in Bangkok yesterday morning.

A police source said an unidentified bomber attached a green vase with artificial flowers to a wall in the reception room of Phramongkutklao Hospital before a homemade bomb exploded there at 10:40am.

Investigators of the Metropolitan Police Bureau obtained a picture of the vase that was taken ten minutes before the explosion, the source added. The picture shows the vase attached to the wall while three people wait in a VIP reception room where military officials and retired officers receive medicine.

The source said the attacker apparently passed among patients to set it up. Staff of the hospital said they did not see the vase earlier.

Police are still checking CCTV footage to try to isolate the attacker.

The bombing was carried out by the same network behind blasts near the National Theater on May 15 and the old Government Lottery Office on April 5, Army commander-in-chief Gen Sitthisart Chalermchai said.

“The three attacks, including the one at Phramongkutklao Hospital, used the same kind of explosives, which are pipe bombs. The same group is behind the three strikes, but I cannot say which group it is at present,” he said.

The attack occurred on the third anniversary of the 2014 coup led by then-Army chief Gen Prayuth Chan-o-cha, who is now prime minister.

It was initially believed that the explosion may have been caused by a gas leak or a faulty air-conditioner compressor.

However, deputy national police chief Gen Srivara Rangsibhramanakul investigated the scene for about an hour and said that an integrated-circuit timer, pieces of wires and a battery were found at the scene. He condemned the attack, saying that even the insurgents in the far South had never bombed a hospital.

National Human Rights Commissioner Angkhana Neelapaijit also denounced the attack, saying it was an inhumane act. She said she was truly upset that the attackers had chosen to target a hospital.

“Although Phramongkutklao Hospital is an Army hospital, it treats everybody without discrimination. It does not treat only Army officers,” she said.

Ms Angkhana said that if the attack was planned to mark the third anniversary of the coup, it should be regarded as an unspeakable act of terror because a hospital should not be the target of conflicts.

“Even during war time, hospitals, medical personnel and innocent people are protected. I want to condemn the attack which absolutely violated international human rights laws. These acts are brutal and inhumane,” she said.

Of the 25 people injured, eight were still in hospital yesterday, including one in serious condition, according to the Army Medical Department. One woman reportedly needed surgery to remove shrapnel from her face.

Another foreign couple wanted for committing sex acts in public