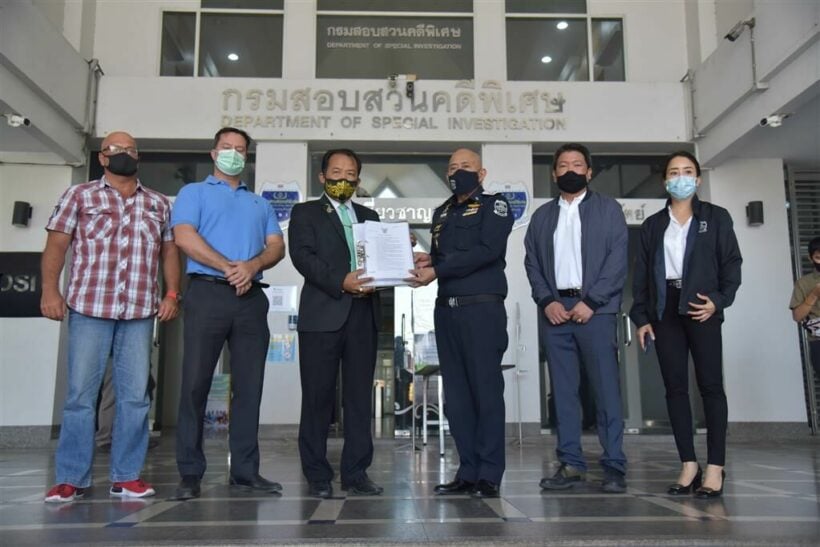 A housing project in the central province Phetchaburi is under fire after it allegedly defrauded around 100 foreigners with damages totalling 2 billion baht. The housing project allegedly issued illegal land documents and lured in foreign buyers, primarily from the United Kingdom and Russia, advertising the project on websites marketed toward those overseas.

Most of the land title deeds for the Phetchaburi Park Project were allegedly for land in a national forest reserve. After an inspection by local officials, the land documents were reportedly revoked. Around 100 foreigners, who all had paid in full to buy land and houses in the project, lost a total of 2 billion baht.

A petition was filed with the Department of Special Investigation, calling on the department to investigate the alleged fraud. President of the Stop Global Warming Association, Srisuwan Janya, filed the petition with Rusan Ataev, from Russia, and Marcos Hurst, from the United Kingdom, who were both claiming damages.

Sirsuwan says 99% of the land title deeds under the Phetchaburi Park Project were inside a national forest reserve, adding that the documents were illegally issued. Local officials reviewed the housing project in July 2020 and reported to the Royal Forest Department that most of the land under the project was in the national forest reserve. The land documents were then revoked.

Hurst claims he purchased a block of land from the housing project for 3 million baht, but later learned foreigners cannot purchase land in Thailand. The company closed down and the man says he was unable to claim payment for the damages.

Hurst lives in Pattaya and has been in Thailand for the past 10 years. He saw an advertisement for the housing project 6 years ago, adding that it was marketed toward foreigners. Since he had owned a condominium unit, Hurst says he assumed he could buy land in Thailand.

Sirsuwan says the company ran other projects in Pattaya and Phuket marketing toward expats in Thailand. He says 98% of the company’s shares were held by British and Russian nationals while the rest were held by Thais.

The DSI director general Korawat Panprapakorn says the department may accept it as a special case, adding that his official will check with Royal Forestry and Land departments to find out if the land documents were illegally issued.