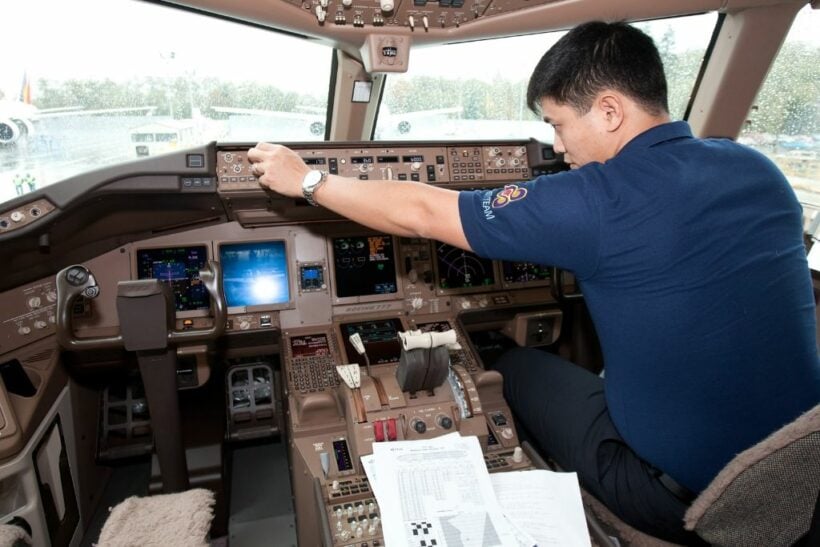 Between 600 to 700 newly graduated Thai airline pilots are now struggling to find work in the local airline industry.

“International airlines are competing to offer jobs to pilots, but “our pilots find no jobs. Aviation programs and pilot training schools are booming, but many don’t meet international standards.”

“New pilots are being churned out without real information on how many are actually employable by airlines. This has led to an oversupply of “pilots who aren’t up to scratch”.

“The picture of the Thai aviation industry is distorted by the claim that we lack pilots.”

“It’s true there is a scarcity of pilots, but that demand is for experienced, not new, pilots.”

According to the Bangkok Post, Piya believes the plan to establish a “city of aviation” in the Eastern Economic Corridor based at U-Tapao airport will only increase the supply of domestic aviation personnel.

“Even before the EEC officially opens there are already too many aviation graduates.”

“But companies won’t employ them if their qualifications aren’t certified according to international standards.”

Piya solution is for Thailand to set up an aviation “centre of excellence” in the EEC instead, which would enrol students from neighbouring Cambodia, Laos, Myanmar and Vietnam, and African nations and those under the former Soviet bloc.

“If given the green light, the new centre would offer high quality training more affordably than Singapore.”