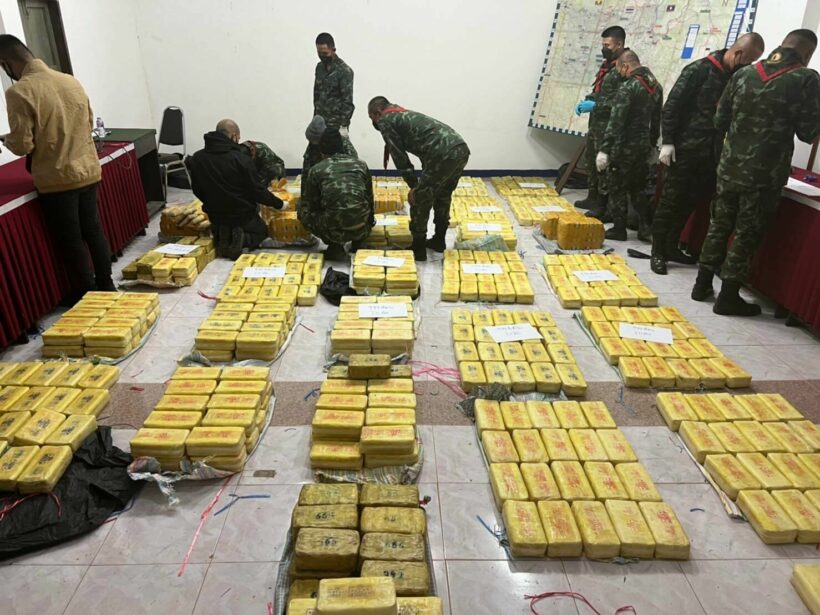 Soldiers arrested a drug courier carrying 6.6 million methamphetamine pills in the northern province of Chiang Rai early yesterday morning. One army general says the SUV drove through a military checkpoint at 2:30am. The driver disobeyed the signal to stop for a search. Soldiers at the checkpoint chased the vehicle, eventually catching and arresting the driver. They then searched the car and found methamphetamine pills in 33 bags.

Officers say the driver is a 28 year old from the Singh Buri province. One army lieutenant credited drug suppression agencies in Northern Thailand for the large seizure of drugs. This news comes two days after a Northeast border patrol seized 448 kilograms, 10 million baht worth of marijuana in Nakhon Phanom. Northeastern commanders plan to increase operations on the Northern border to combat drug trafficking into Thailand from neighbouring countries.