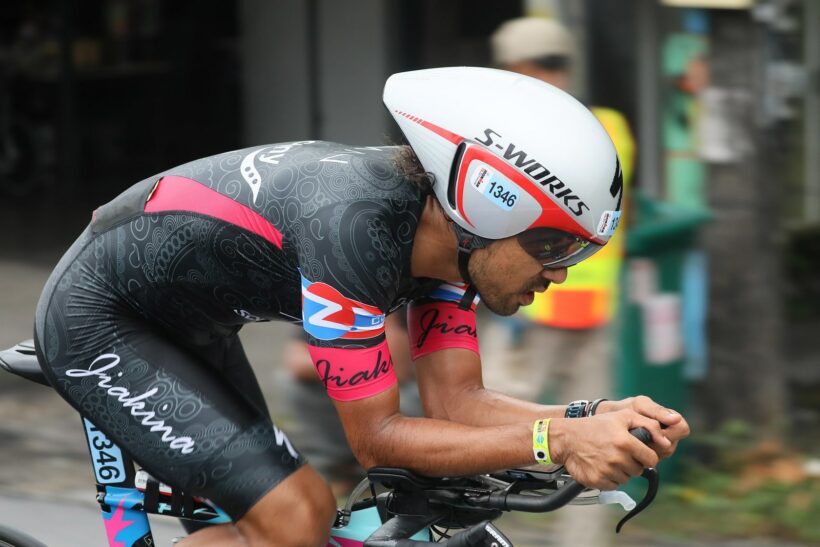 A bumper edition of the second Foremost IRONMAN 70.3 Thailand saw almost 1,500 triathletes turnout for the iconic half ironman distance race and the newly introduced Sunrise Sprint today (26th November) on Phuket island, a mecca for triathlon in Asia with a history of triathlon events dating back almost 30 years. With 31 Pros from around the world on the startline, it was all set to be a highly competitive race and the athletes didn’t disappoint with two first-time IRONMAN 70.3 winners claiming their respective crowns: Marcus Rolli (GER) took the men’s Foremost IRONMAN 70.3 Thailand 2017 title while rookie Pro, Imogen Simmonds (CHE), took the female title.

“It’s been a fantastic race. We’ve seen some very competitive racing across all the age-groups and amongst the Professionals, and the new hilly bike course has really tested the athletes. We had near perfect race conditions today with a calm sea for the swim and the slightly overcast skies kept the temperatures favourable on the bike and run,” commented Mr. Wilfred Steven Uytengsu, President of Sunrise Events Inc. and rights holder for IRONMAN in South East Asia. 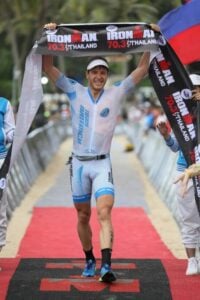 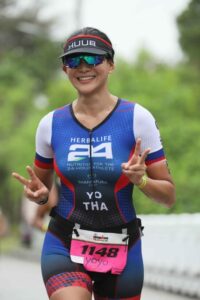 Rolli emerged from the swim stage of the race at Bang Tao Beach, which was officially started by Phuket’s Governor, Mr. Norraphat Plodtong, in sixth place with an official swim time of 00:23:15, but managed to take the overall lead in the bike stage from which he transitioned some six minutes 40 seconds ahead of his nearest rival Timothy Van Berkel from Australia.

Van Berkel managed to make up some time on Rolli on the 21km run but still finished three minutes 42 second behind Rolli who completed the course in an official time of 03:49:02 and with it was crowned Foremost IRONMAN 70.3 Thailand 2017 Male Winner. Brazilian Fernando Toldi rounded out the podium with a time of 03:56:47.

Speaking after the race Rolli, who only turned Pro at the beginning of this year, said “The swim was not that fast for me, but for the bike, my trainer told me before the race to take it easy to begin with, then after the first five kilometres I decided to push it and kept pushing until the 90km mark. This resulted in me getting a rather big lead and ended with me winning the race.”

Second placed Van Berkel, who finished third overall in last year’s race, and has just become a father said, “I had a little boy about eight weeks before Kona which was exactly the best preparation for me. I feel a lot better this year than last, but this bike course was tough. I got through it in one piece and had a solid run to get second.”

Female winner Simmonds, who is only 24-years old, also led her race from the bike stage and over the two-lap run course managed to extend her lead and claim the win in a time of 04:16:49, almost five minutes ahead of eventual second placed finisher Eimear Mullan (04:21:38), and third placed Dimity Lee Duke (04:22:54).

Following her break-out win, Simmonds said, “I’m so happy and and surprised. I’ve had three races in three weeks and this just tops it off.” 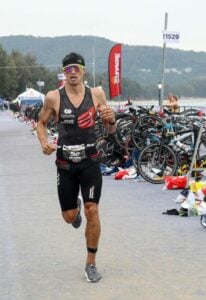 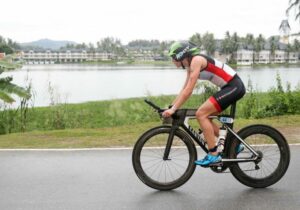 For the Thai athletes, it was Phuket’s favourite son Jaray Jearanai who delivered a masterful performance to be the first Thai finisher and overall winner in the male 35-39 age-group and with this win Jearanai claims one of the age group qualifying slots for the IRONMAN World Championship in Kona, Hawaii in 2018.

Another stand out performance was from Sam Burns who finished third overall in the Male Asian Elite category.

As for the Thai females, Nichakarn Ruttanaporn was the first Thai finisher in a time of 05:09:20 – a new Thai middle distance record – and third overall in the 25-29 female age-group. With the most full distance IRONMAN finishes of any Thai female, Nampetch Porntharukcharoen crossed the line in a time of 05:31:31 while Thai celebrity Yossavadee “Yo” Hassadeevichit finished in an impressive 06:40:00.

Dr. Olarn Chowiwattana, Corporate Affairs Director of FrieslandCampina (Thailand) PCL., says, “I would like to congratulate all triathletes who have successfully finished the ‘Foremost IRONMAN 70.3 Thailand’ competition.”

Meanwhile, in addition to the Foremost IRONMAN 70.3 Thailand, the newly added Sunrise Sprint event got underway at 08:00.

In the men’s race it was Dennis Kruse from Germany who took the top podium place crossing the line in 01:00:23 followed by Saryu Onishi from Japan and Steven Gailliaert from Belgium who finished with times of 01:03:21 and 01:05:36 respectively.

In the female category, Sam McInnes from Great Britain took first place honours completing the course in 01:12:15. On Ki Chan from Hong Kong was second in a time of 01:15:43 while
Becky Bruhwiller from Switzerland finished third in 01:17:53.

NGO taking the government to court over food pesticides