More than 60 per cent of five popular vegetables sold in local markets contain excessive levels of harmful chemical residue, according to a testing by the Thailand Pesticide Alert Network (Thai-PAN), a non-governmental organisation working on food safety.

The samples were collected in August from nine markets in Bangkok, Chiang Mai, Khon Kaen, Pathum Thani, Ratchaburi and Songkhla, as well as three major retailers and four supermarkets. For the second group of four vegetables and the six fruit samples, 43 per cent and 33 per cent respectively had chemical residue exceeding the MRL limit, Prokchol said.

Tests also found herbicide residue in as much as 55 per cent of the 76 vegetable and fruit samples, she said. Herbicides detected included paraquat, which was detected in 38 samples, glyphosate in six and atrazine in four (multiple substances were found contaminating some samples). 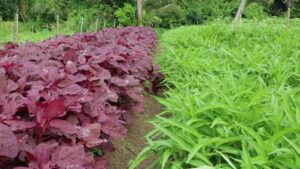 Kingkorn Narintarakul, a representative of the NGO BioThai, which jointly conducted the tests, said the network had already submitted the findings to relevant agencies, including the National Bureau of Agricultural Commodity and Food Standards, the Department of Agriculture, the Office of the Consumer Protection and the Consumers Protection Police Division.

The agencies had pledged to look into the problem, she said. Kingkorn added that the network also planned to sue the Department of Agriculture for failing to protect consumers by allowing the use of paraquat for an additional six years despite a proposal by the Public Health Ministry to ban the weed killer due to health hazards.