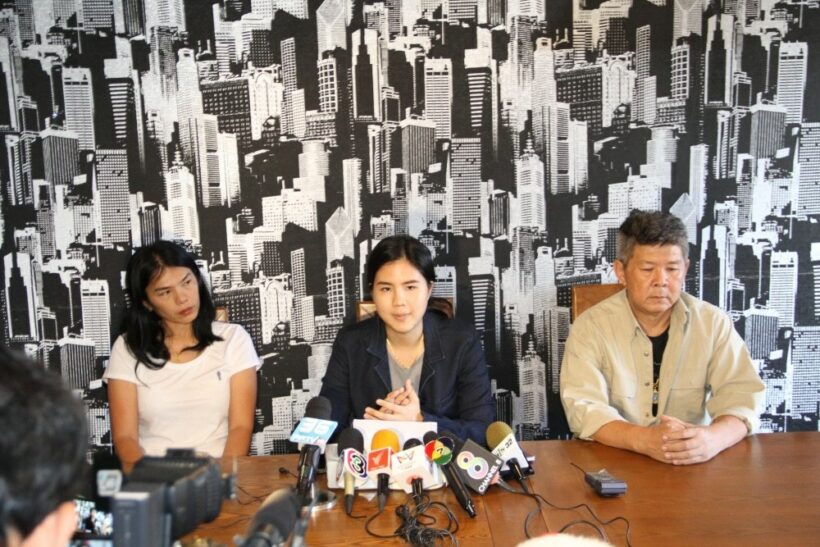 The family of the dead teen cadet Phakhapong Tanyakan is demanding that the military bring to justice the people who committed whatever crimes that led to their son’s death after an autopsy indicated that he probably didn’t die from cardiac arrest. Phakhapong’s parents and his sister Supicha Tanyakan held a press conference yesterday in Chonburi giving details of the training he had received at the Armed Forces Academies Preparatory School as well as a primary analysis of the initial autopsy report. His mother, Sukalya Tanyakan, said an anonymous physician had informed her that blood in his spleen and liver indicated that he might have been hit by a hard object.

The 18-year-old died on October 17. On Friday, the family collected his brain, heart, stomach and other internal organs which had been removed after his death my a military doctor. The mother said her son was supposed to have received better treatment at the school and claims that the school was heartless. 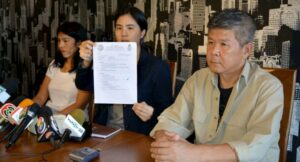 Some flights cancelled to Bali

The Thai Embassy in Jakarta is asking all Thais who want to visit Bali to register with the embassy or make online registration due to volcano eruption on the holiday island.

Mount Agung, the highest volcano in Bali erupted on Saturday evening and three times on Sunday, spewing volcanic ash 4,000 metres into the sky.

The Indonesian government has declared high alert and banned anyone to get within 7.5 kilometre radius of the volcano whereas airlines have been issued a “red warning” about the danger of volcanic ash in the sky close to Bali.

Although the main airport in Denpasar, capital of Bali, is operating as normal, some airlines have cancelled flights.

Ash cloud is reportedly drifting over Lombok, prompting the closure of the main international airport there. 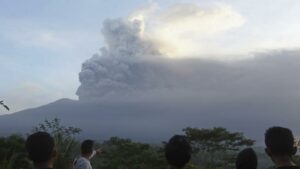 Floods in the South

A railway section between Hat Yai and Khlong Ngae stations, as well as several tourist attractions including the Khlong Hae Floating Market in the southern province of Songkhla were closed yesterday due to a deep flood, while Trang province’s authority declared five districts as flood disaster zones.

The flooding in Trang has so far affected 5,000 people and 1,000 households. In Pattani province, continuous downpours prompted the release of more water from Pattani Dam, causing the Pattani River to rise. Although it had not yet broken its banks riverside residents were told to be prepared.

Meanwhile, about 20 homes and several roads in downstream Tambon Sai Khao were hit by a flash flood that receded as quickly as it came. In Phetchaburi’s Muang district, floods over the past week have receded, so traffic has resumed and residents could start cleaning their homes yesterday. 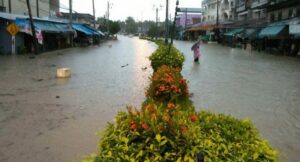 Chairit fails to turn up

The Central Criminal Court for Corruption and Misconduct has issued a warrant for Pol Col Chairit Anurit after he failed to turn himself in to the police for acknowledgement of charges.

Pol Col Chairit has already admitted to being the driver who drove Yingluck to the border on Aug 23 in her escape from the country.

Yingluck was scheduled to appear in the Supreme Court’s Criminal Division for Holders of Political Office on Aug 25 to hear the final verdict on the rice pledging case which she was charged for dereliction of duty. 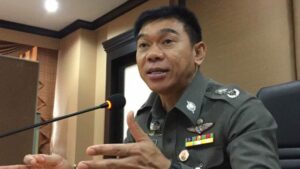 Thai Airways is hoping its newly launched direct flight to and from Vienna will provide a gateway from Eastern Europe to Asia with links to neighbouring countries and Australia.

Thai is hoping to sell 5,500 seats per month on the new route.

100,000 Austrians already head to Thailand each year, but that number was growing according to the TAT. Thai Airways operates four roundtrip flights per week from Bangkok-Vienna on Monday, Thursday, Saturday and Sunday using Boeing 777-300 aircraft for the 10 hour flight. 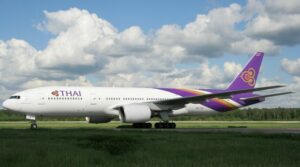 The National Broadcasting and Telecommunications Commission has reaped over 46 million baht from its third auction of “lucky” phone numbers yesterday.

Altogether 95 “lucky” phone numbers were put on auction and 36 of them were auctioned off, with the highest bidding price being number 096 999 9999 which went for 4.5 million baht from a starting price of three million baht.

Briefing compiled with the help of The Nation, Phuket Gazette and VOA.