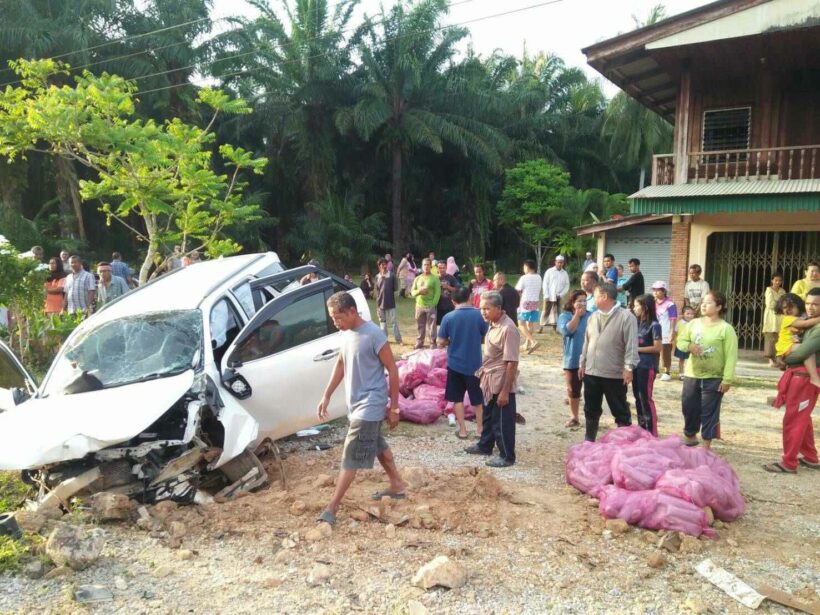 A car transporting Kratom leaves crashed into an innocent pedestrian then careered into a drain, killing both victim and driver this morning (March 13) in Krabi Province.

A 31 year old man from Sadao, Songkhla, Kusol Kaewrattana, lost control of his Toyota Fortuner that was transporting 30 sacks of Kratom leaves and crashed into 68 year old Lek Sae-Iew, who was walking out from a restaurant nearby. The car dragged the woman for 20 metres before falling into the drain on the roadside and crashing into a big pipe, which later killed the driver.

The woman died at the scene when struck by the vehicle, while the driver was rushed to Klong Thom Hospital but died later.

Leading up to the incident, Kusol was driving on Petchakasem Road from Trang heading to Krabi. Police are investigating the supply of the Kratom leaves. 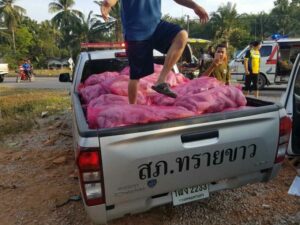