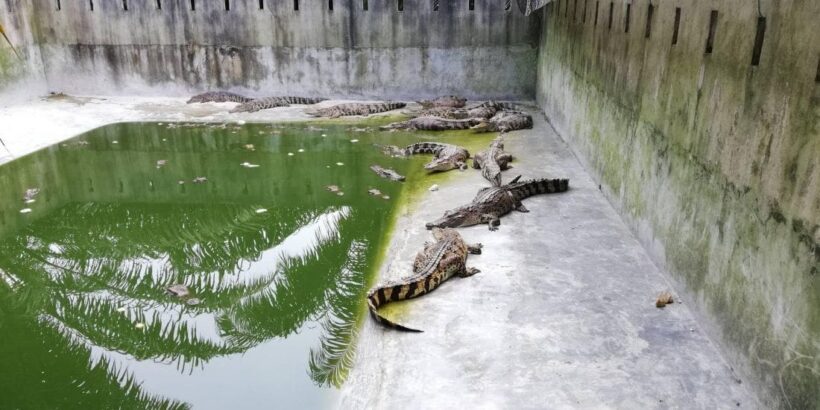 Officials from the Krabi Fisheries Office have checked crocodile farms around Krabi after locals caught a two metre crocodile in a mangrove forest in Klongtom this week, while another crocodile has been sighted in the same area.

Read more about the crocodile being caught by locals HERE.

Officials from Krabi Fisheries Office yesterday checked a crocodile farm owned by Nikorn Piwon in Klongtom. Officials found that all the registered crocodiles were in the farm.

Khun Sakda Sukkasem from Krabi Fisheries Office says, “the crocodile that was caught is a fresh water crocodile. The person who raised this crocodile might have release it because they were afraid of legal action for having possession of an unregistered protected animal.”