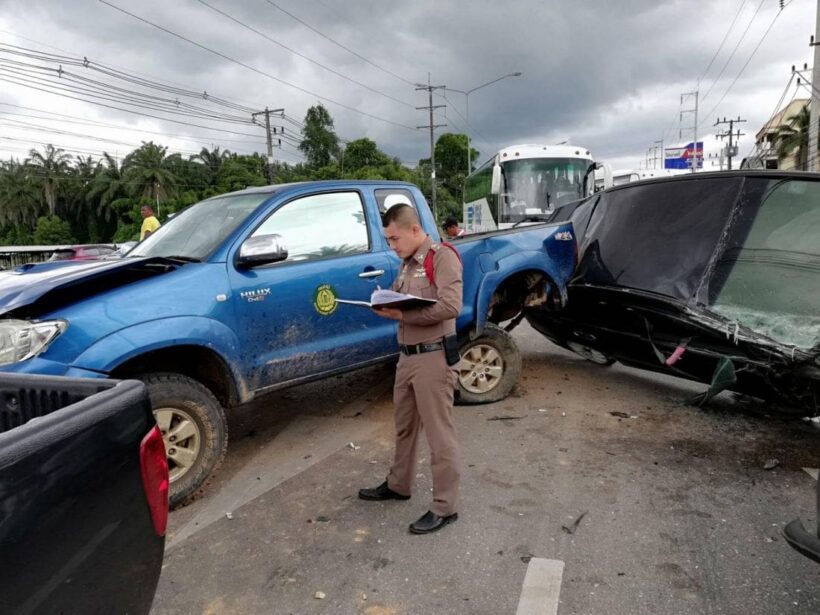 A driver has escaped serious injury after colliding with other vehicles at a traffic light in Krabi today, setting off a chain of other damage to the cars in front

The Krabi City Police were notified of the incident at an intersection on Petkasem Road in Krabi City about midday.

Police and rescue workers arrived at the scene to find cars and pickup trucks, a total of five vehicles, piled up in a mess. The two back cars were a black Honda Civic, with its front part damaged, after colliding into the rear of a blue Toyota pickup truck.

The pickup truck driver told police that while he was waiting at the traffic light, the black Honda Civic collided into the rear of his pickup truck, shunting him into other vehicles. The three cars in front were a Chevrolet, Isuzu and Nissan – a sedan and two other pick-ups.

The black Honda Civic driver, who sustained minor injuries, was taken to Krabi Hospital. Police will be speaking to all drivers.