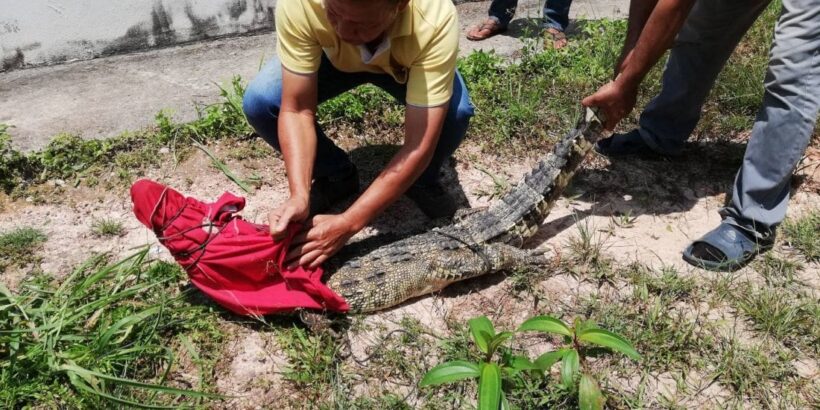 A two metre crocodile has been caught in a mangrove forest in Klongtom, Krabi whilst another crocodile was sighted last night.

Officials from the Krabi Provincial Fisheries Office arrived at the area after being notified by locals that a crocodile has been caught. The crocodile was 1.8 metres and 30 kilograms, female and in good health.

36 year old Noppohn Suparp says, “Last night my friends and I went to search for shrimps in a local mangrove forest. We were very shocked after we saw the reptile’s eyes in the water.”

“We realised that it was a crocodile. It took about three hours for four of us to catch it. We brought the crocodile to my house and informed the villager headman.” (“Mum, hope you don’t mind, we brought a crocodile home!”)

The crocodile has now been taken to the Research and Development Centre in Nakhon Si Thammarat.

10 vehicle pile up in Krabi