A baby Risso’s Dolphin has been rescued after being found on Railay Beach in Krabi on Sunday.

Officials at the Department of Marine and Coastal Resources (DMCR) were notified that the baby dolphin was found of the east end of Railay Beach.

The DMCR says that the species is a baby Risso’s dolphin. This one is 250 centimetres long and weighs about 100 kilograms. The dolphin was weak and unable to swim by itself.

Wounds have been found around its head which marine staff believe was caused from being battered as it washed up onto the beach by waves.

The dolphin was taken to the Phuket Marine Biology Centre (PMBC) where it’s receiving love, attention and further treatment.

Risso’s dolphin is the only species of dolphin in the genus Grampus. It is commonly known as the Monk dolphin among Taiwanese fishermen. Some of the closest related species to these dolphins include: pilot whales, pygmy killer whales, melon-headed whales, and false killer whales. 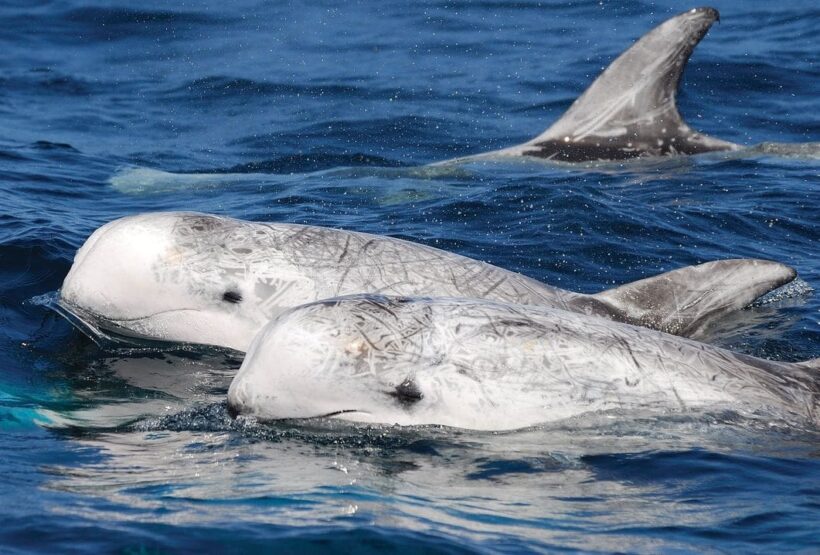 Motorbike driver dies after slamming into the back of a parked bus, Phuket

Krabi drug officers crack down on drugs and firearms