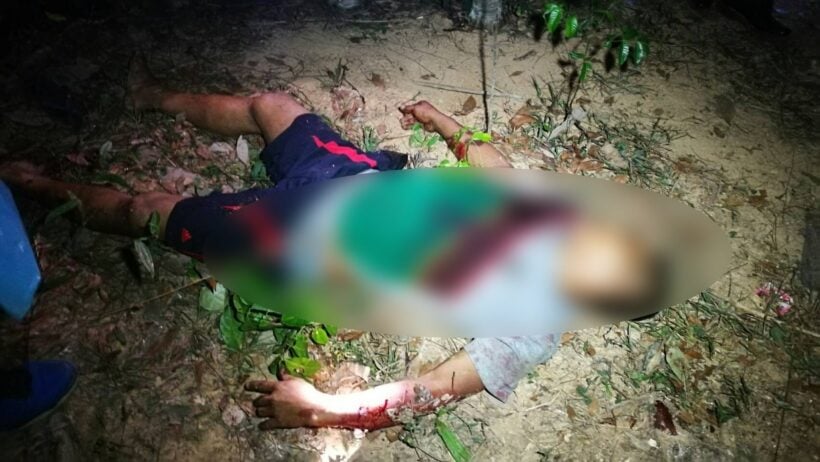 A 38 year old drug dealer in Krabi, Suriya Tokong, was killed by police after he tried to shoot them with a shotgun during the arrest.

The shooting occurred in a rubber plantation in Nong Talay Sub-District. Suriya was shot 3 times in his chest and one time on his left arm. He was carrying a 9mm pistol and nearby his body, there was a shotgun, 2 shotgun cartridges and a black leather bag with 235 amphetamine pills inside.

Later, police searched a house that is located 300 metres away from the scene and found a rifle, a bag that belongs to the drug dealer with another 65 amphetamine pills and two packs of methamphetamine with a weight of about 4 grams. There were also 31 9mm bullets and 50 .22 bullets.

Police revealed that they lured the drug dealer by saying they wanted to buy 200 amphetamine pills. They made the appointment to meet on the highland in the rubber plantation. Before he handed the drug to the undercover agents, police reveled themselves and Suriya fought back by shooting at police many times before police opened fire and killed the man.

Suriya is known as a major drug dealer in the local area of Krabi and had already bee arrested twice. He was released from jail two years ago and recently his older brother was arrested for drug as well.