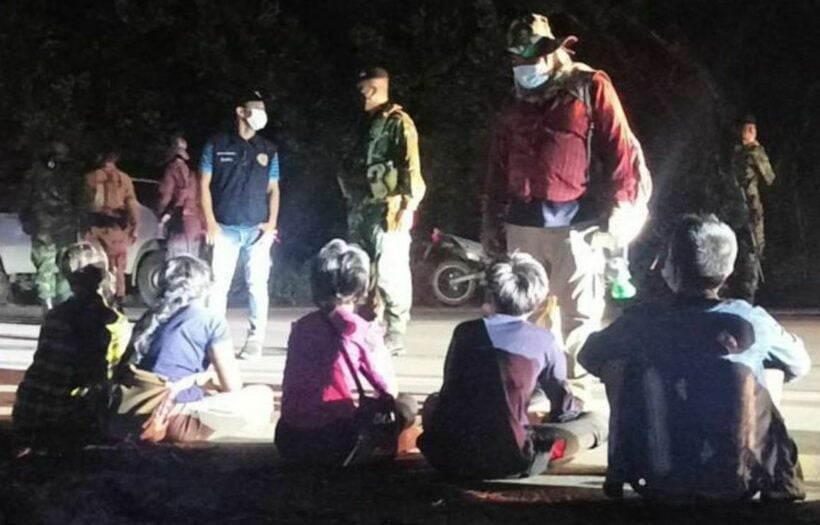 Local police officers and soldiers patrolling the border region pulled over the truck and discovered 14 Burmese Nationals inside. Police did not confirm if the driver was also Burmese or one of the 14 illegal immigrants who snuck across the border. Only 6 of the people taken into custody were men. Temperatures were taken for all 14, and none of them showed any signs of fever or illness.

The deputy commander of the Lat Ya military task force was tipped off that people were smuggling illegal immigrants from the border through the village on that route, leading to the stopping of the truck and arresting of the people inside.

The group inside the truck had originated from several different areas inside Myanmar and had travelled to the border to attempt an illegal entry into Thailand where they found work. The group said it was about a two-day walk from their starting point, crossing the border on foot at an unguarded natural crossing point, before reaching a pickup point where they crammed into the truck they were caught in.

Each passenger in the car had paid a border smuggling broker a fee of 20,000 baht per person to get them safely across the border. When interrogated, the illegal Burmese immigrants admitted that they snuck across the border and were headed to a large botanical garden in Chon Buri. The Nongnooch Tropical Garden is a popular tourist destination that they intended to be hired as workers at.

The group of Burmese citizens were all taken into custody and checked for fever and signs of illness, though there was no mention of any Covid-19 testing. They are being held at the Muang Police Station now and facing legal repercussions for illegally crossing the Burmese border into Thailand.