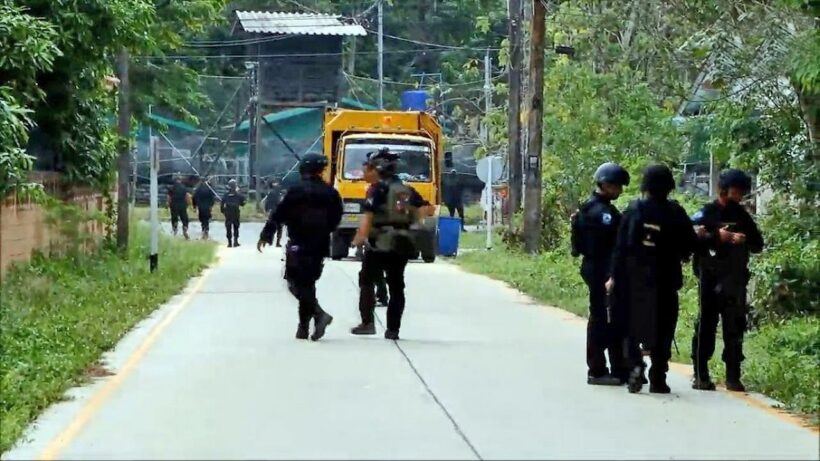 No one was injured in the three attacks. Police and a unit of marines went to inspect the location of the attacks this morning (Monday).

In the first location police say insurgents fired at the checkpoint from a rubber plantation but in the two other attacks, a team of insurgents fired on police as they drove by in a pickup truck. Marines at the Ban Satae location say they were unable to fire back as there were many civilian vehicles in the same area at the time.