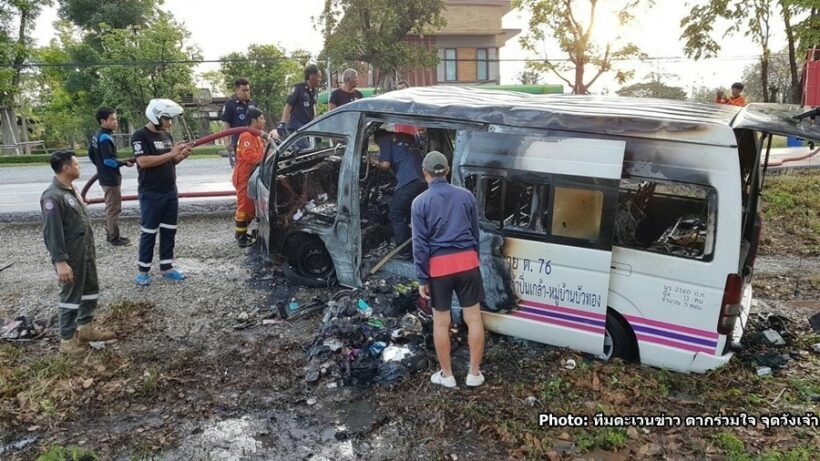 Fourteen Myanmar migrant workers and a Thai van driver where lucky to escape after their van caught fire after a tyre burst. The burst caused the van to lose control. The van ran off the road into a ditch along side this morning. The van didn’t flip over but the inhabitants were shaken. Luckily they all got out quickly because moments later a fire started and engulfed the van within moments.

The incident happened around 6am in Tak as a chartered passenger van was carrying 14 Burmese workers from the capital across the border at Mae Sot. The van was carrying seven men and seven woman plus the Thai driver.

The Burmese workers were heading to their home towns in Myanmar for an early start to Songkran festivities. 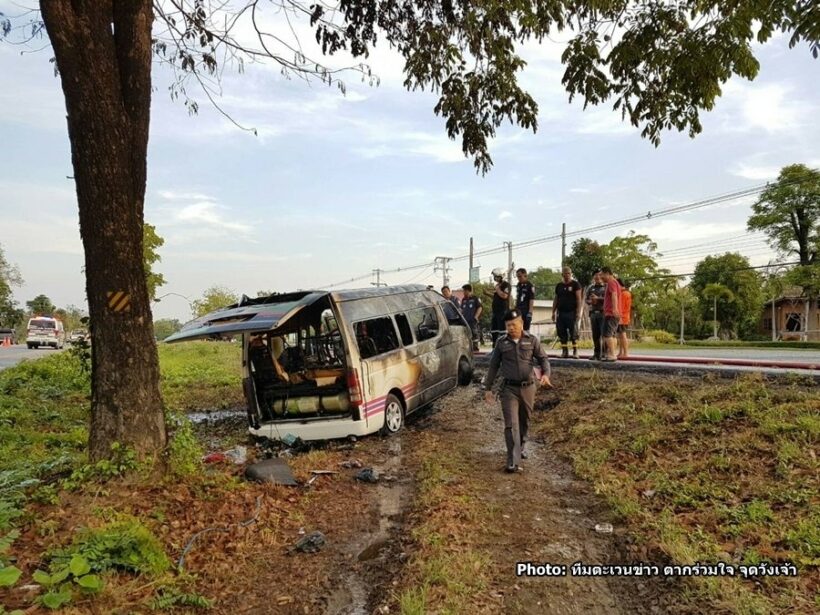