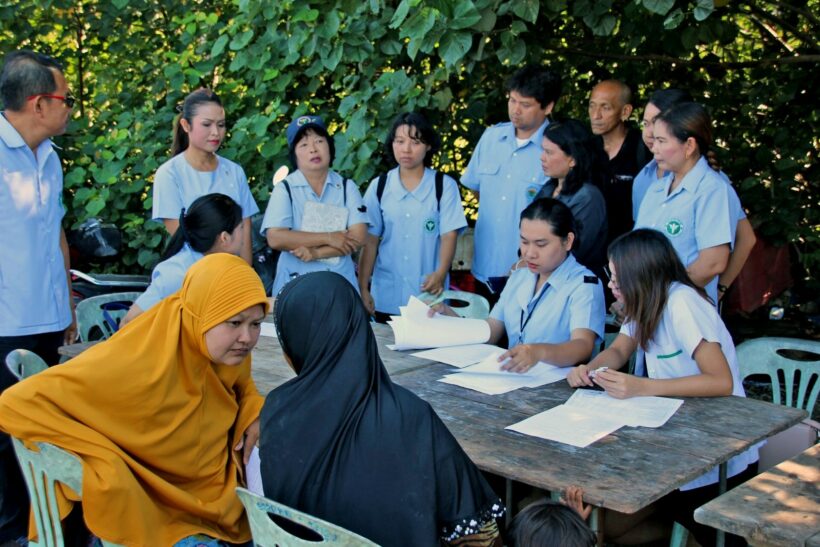 Another girl who was mentioned by the 14 year old from Baan Koh Raed village is denying ever being raped while villagers maintain they are very stressed about the case. Drugs utensils were found in the shack described as the rape scene in front of the beach.

The 17 year old girl has denied being involved in the rape case as the 14 years old girl has claimed, adding that she doesn’t believe that the girl was raped by 40 men.

The 17 year old said that the 14-year-old and her family were very quiet and the family never allowed her to play with other children. She personally commented that the girl seems to be very introvert and unsociable.

Doctor Hataichonnanee Booncharoen, Director of Southern Institute of Child and Adolescent Mental Health, says that the villagers have been separated into groups by level of their stress and depression.

“The lower level group faces stress, anxiety and sleeplessness while the highest-level group have been talking about suicide, so we are providing psychological assistance to help them,” said the doctor.

“Koh Raed Village is a small, peaceful village. Recently, following the rape case and the arrest of 3 men already, I’m scared that I would be one of the suspects, too, even though I’m innocent. I also had to buy medicine to reduce stress. I would like the authorities to rush this case to Court,” said Abdol Chonlaket, a villager.

There were several villagers gathering to listen to the group of local authorities and after checking the shack located at the beach where the rape took place, police found a bottle of coughing syrup, a plastic bottle with a hole for a straw and aluminium foil. 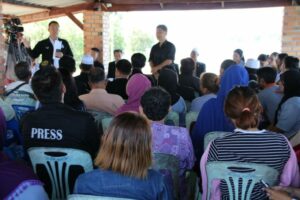