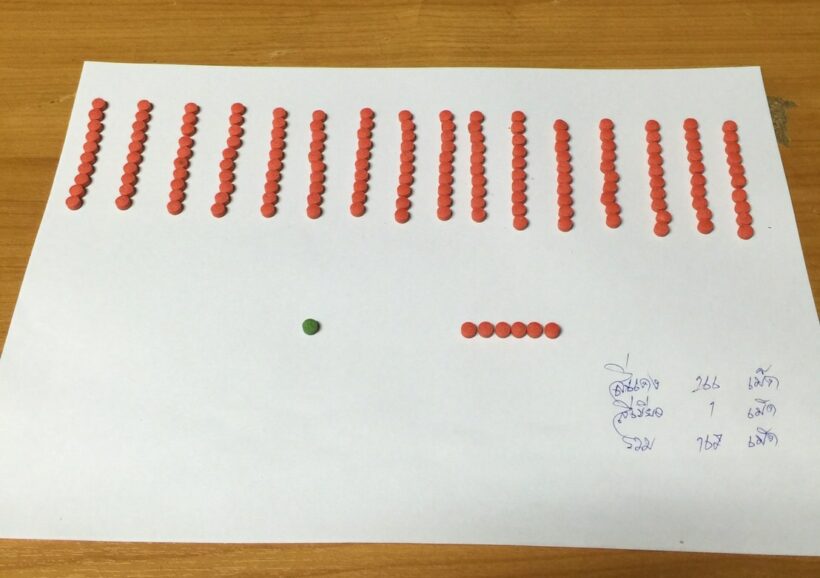 A 24 year old from Nakhon Si Thammarat, Jakrit Paipong, was arrested yesterday (February 13) at the Phuket Gateway Thachatchai checkpoint while carrying drugs to be distributed in Phuket.

The van driving from Nakhon Si Thammarat to Phuket was stopped for a search and a military officer found Jakrit acting ‘suspiciously’. The officer looked into his bag and found 167 amphetamine pills in a plastic bag which was hidden inside a plastic tube.

He confessed that he had been hired by a man named ‘Pam’ for 2,000 Baht to carry the amphetamines taken from a man named Don, who lives in Wachirawut Military Base in Nakhon Si Thammarat, to be sent to Pam, who lives in Kathu.

He was sent to Thachatchai Police Station and has been charged for possessing drugs with intent to sell. 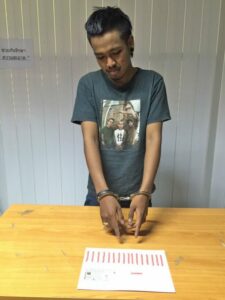