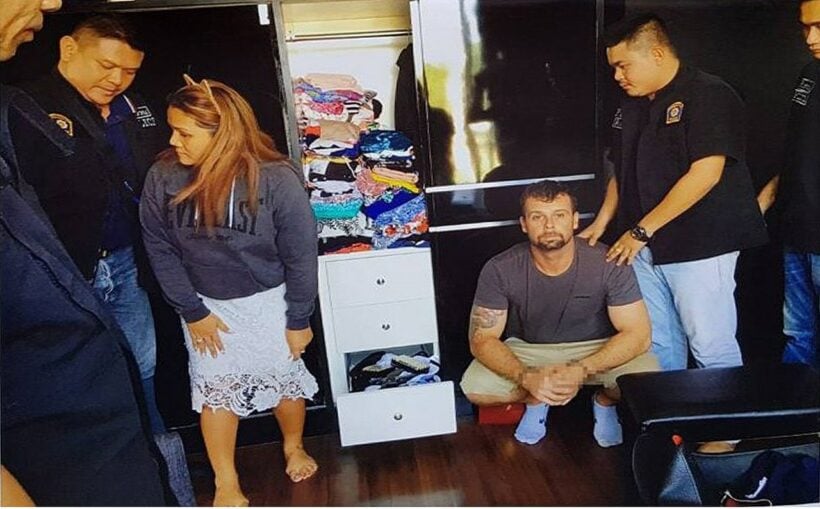 Police have arrested an Australian man – believed to be a member of the Hells Angels gang in Pattaya – and his Thai female accomplice over an alleged attempt to smuggle a large batch of crystal methamphetamine into Thailand.

Assets worth 30 million baht have been seized from the couple, senior police told a press conference in Bangkok on Tuesday. 34 year old Luke Joshua Cook and 40 year old Kanyarat Wechapitak, were arrested at Suvarnabhumi International Airport on Sunday.

Cook was last year sentenced to three months in jail, which was suspended for two years, for helping Australian kick-boxer and businessman Antonio Bagnato flee Thailand to Cambodia after he murdered Schneider. 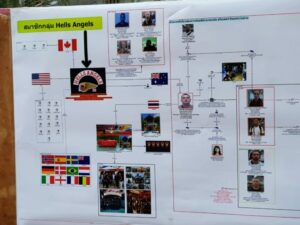 This drug case against Cook stems from the discovery of 50.45 kilograms of methamphetamine which was allegedly part of a batch that washed ashore in Rayong’s Mae Rampeung Beach on June 22, 2015, said Pol Lt-General Weerapong Cheunpakdee, director of the centre for suppression of trans-national crime and illegal entry.

A police investigation led to Cook and Kanyarat who operated a boat sales and rental business under Global Marine Solution Co, Weerapong said. Police alleged that Schneider, who was looking for a business investment in Pattaya in 2015, had entrusted Cook with $10 million to buy and transport 500 kilograms of crystal methamphetamine to be stored in Thailand pending transport to Australia. 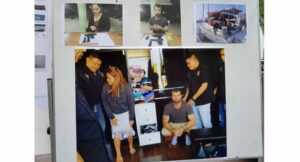 After Cook allegedly bought the drug from a Chinese supplier in international waters on June 22, 2015, he encountered a Thai patrol ship on the return journey and dumped some of the drugs into the sea, Weerapong said. Later that day, four sacks holding 50.45 kilograms of the drug, washed ashore. After gathering evidence against Cook, police were granted a court-issued arrest warrant for Cook on a charge of drug smuggling. Weeapong said Schneider allegedly demanded that Cook repay the money after the drugs were lost. However, he was later abducted and killed.

Police found that Cook, Kanyarat and Gerard were allegedly involved in a transnational drug trafficking and other crimes, Weerapong said. The arrest of Cook and Kanyarat followed the arrest last week of three Australians and a Canadian, also believed to be Hells Angels members, aged between 32 and 42. Guns, ammunition, knives, an Audi sports car and a Ford GT 315 car were seized after their arrest in Pattaya. 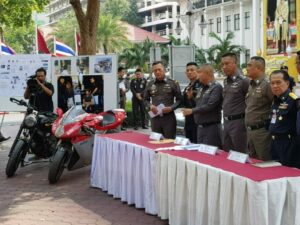 WEDNESDAY MORNING BRIEFING – All your local news in 3 minutes