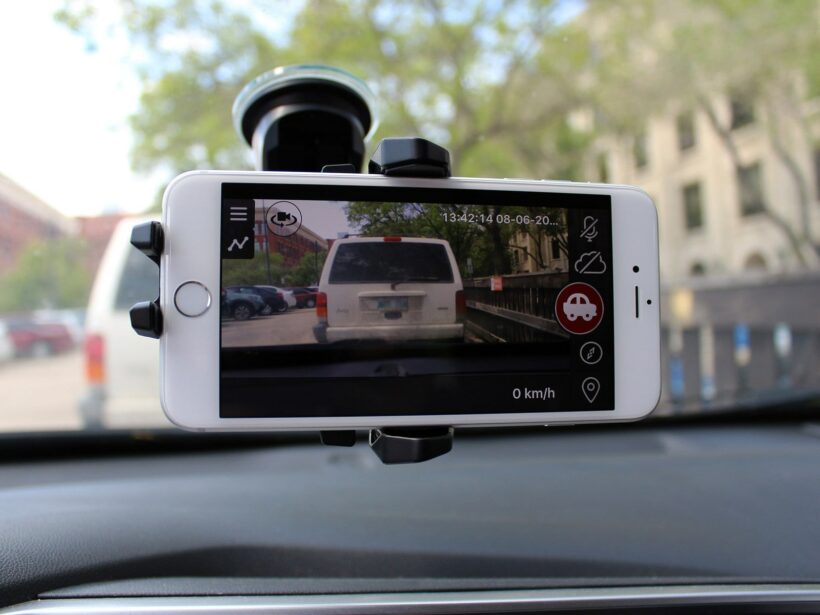 With Thailand unofficially acknowledged as having the highest fatality rate in road accidents worldwide, road safety advocates and police are backing a proposal that would see as many as 80 per cent of cars equipped with dashboard cameras and carrying “Photo in Car” stickers to discourage violations.

The previous top-ranked country, Libya, was not even in the top 30 because many deaths blamed on accidents had been re-evaluated to reflect violent deaths in that country’s civil war. As a result, Thailand, previously ranked second, unofficially took the top spot with an estimated road accident death rate of 36.2 per 100,000, but the World Health Organisation has not yet announced formal statistics, he said. 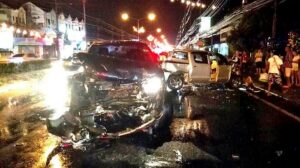 After Thailand on the list are Malawi (35), Liberia (33.7), the Democratic Republic of the Congo (33.2) and Tanzania (32.9). Such finding were in line with his foundation’s studies, Taejing said, which showed that Thailand saw 22,000 deaths in road accidents in 2016, or approximately 50 to 60 cases per day, while 1 million people were wounded and sought hospital treatments each year, 60,000 of whom were permanently disabled.

“Various measures have been implemented in the past 20 years to boost road safety but they weren’t so successful because Thais know what actions break the law but do them anyway as they have become conceited after not getting caught,” Taejing said. The cameras would help to discourage traffic violations as motorists would know that the chances of being caught on video were heightened, while footage could be posted on social media, leading to public condemnation that would be worse than legal punishment, he said.

“If all cars on Thai roads had cameras, traffic law violations would be greatly reduced,” he added. Taejing said his foundation had proposed the measure to Prime Minister General Prayut Chan-o-cha, who had agreed and issued instructions in May last year for the Finance Ministry to consider tax incentives for dashboard cameras and for Deputy Prime Minister Wissanu Krea-ngam to implement the plan in the national road safety strategy. 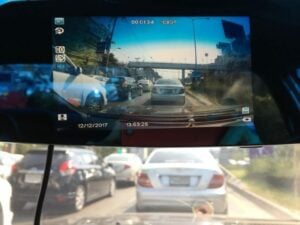 However, there had not been any concrete action to date, he said. Police’s Special Branch Bureau 3 commander Pol Maj-General Ekkarak Limsangkat said video and audio from dashboard cameras could also be used as evidence in court, which could incentivise installations so motorists would have a record to protect themselves in case of a conflict.

The application of technology could also help protect innocent people and punish wrongdoers because the culprits in many hit-and-run cases escaped justice after fleeing the scene, he said. People would be dissuaded from breaking the law when all cars are equipped with cameras and carry the “Photo in Car” sticker, he added.

The comments were made during the 13th Thailand Road Safety Seminar held at Bangkok’s BITEC Bangna Exhibition Centre last week.

Chalong villagers being expelled from land