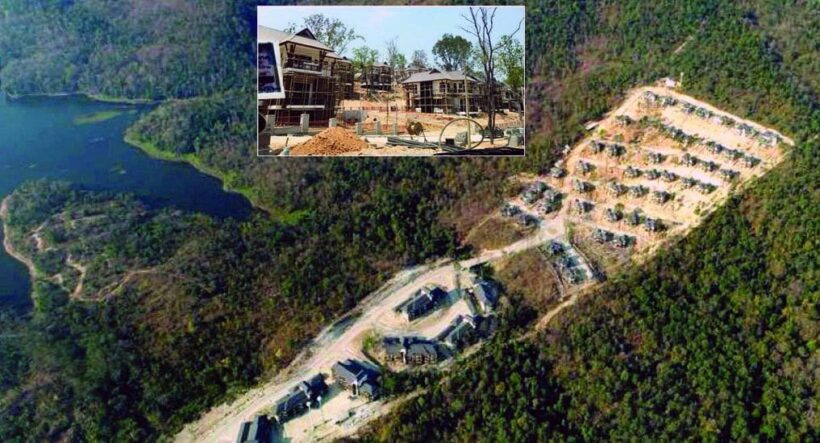 The Reclaim Doi Suthep Forest network boycotted a meeting yesterday. They say they are pressing the government to push its stance on the rehabilitation of the mountainside forest land that was encroached on by residences for judges and court officials last year.

“We won’t attend any meeting until there is a clearer policy.”

Network spokespersons Chatchawan Thongdeelert, Bunnaroth Buaklee and Kamseeda Paenthai read the statement in front of Chiang Mai Provincial Hall yesterday. Many supporters of the network were also gathered there in support.

“So far, no one from the network has agreed to enter the meeting called by Chiang Mai Governor Supachai Iamsuwan to consider plans to solve problems related to buildings that were initially constructed to serve as the residences of court officials and judges.”

“The construction was done with funds from the government budget and with government approval.”

Activists and environmentalists discovered last year that many of the planned residences appeared to eat into the forest zone at the foot of Chiang Mai’s esteemed Doi Suthep. Due to pressure from their protests and growing local sentiment opposing the project, the government finally pulled the pin on allowing court officials and judges to move into the completed residences.

The government has since offered to relocate the residential complex to Chiang Rai province.

But the Network to Reclaim Doi Suthep Forest remains unhappy, as the government has not agreed to  dismantle all encroaching structures and allow fast and full rehabilitation of the previous forest area.

“What the government has done is only short-term rehabilitation,” the network said in the statement yesterday.

The network also suggests that the Office of the Judiciary clearly hand back to the Treasury Department the area now containing the encroaching structures.

“All furniture should also be removed from all residences. And the committee on rehabilitation be given a clear scope of duty and power,” it added.

The rehabilitation process, moreover, should include comprehensive public participation, the network insists. The network is also demanding that the Chiang Mai provincial government ‘treat civil society with respect and sincerity’.

They complained that on several occasions relevant officials refused to provide a copy of documents related to the case.