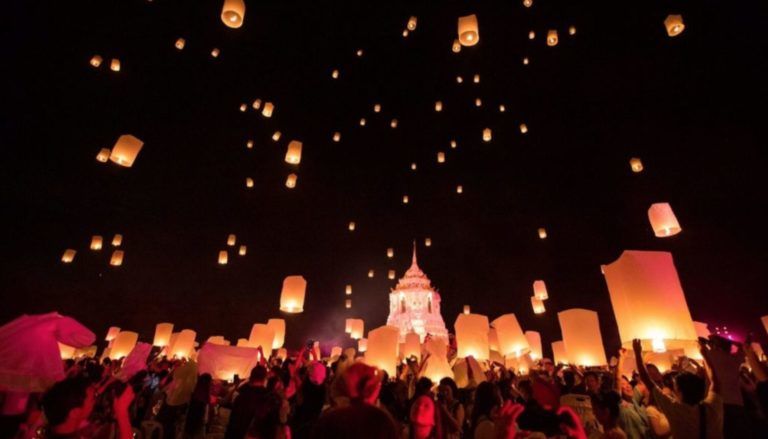 Sky lanterns released during Chiang Mai’s Yi Peng Lantern Festival will be banned for certain hours during the holiday from October 31 to November 1, which also coincides with Loy Krathong. The lanterns will only be allowed to be released at certain times to prevent potential damage caused by the lanterns, according to deputy governor Rathapol Naradisorn.

Lanterns are allowed to be released from 7pm to 1am on October 31 and 7pm to 1am on November 1. Hot air balloons can be flown from 10am to noon on October 31. Those who break the time restrictions could face up to 3 years in jail and a fine up to 60,000 baht.

Last year, 8,600 lanterns were allowed to be released from approved companies and administrative offices. This year, organisers must get permission from district chiefs at least 15 days before the festival.